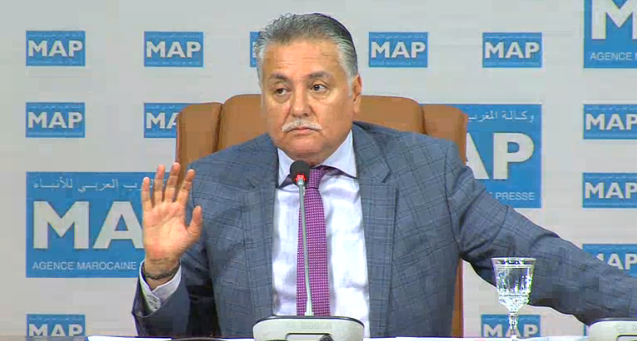 The Moroccan Royal Cabinet has harshly reprimanded the Secretary General of the Progress and Socialism Party (PPS) for making “unsubstantiated” statements, implicitly accusing an advisor to the King of authoritarianism.

In a very strong-worded communiqué issued Tuesday evening, the Royal Cabinet reprimanded the PPS Secretary General and Minister of Housing and Urban Policy, Nabil Benabdallah, for his recent statements that the communiqué described as “unsubstantiated” and as “a political diversion tool at election time.”

Morocco is gearing up to legislative elections on October 7.

In his interview with Al Ayyam weekly paper, Benabdellah said his party had “no problem with the Authenticity and Modernity party (PAM/opposition), but with the person who is behind this party.” To make things clearer, he said this person “is the founder of the party who embodies authoritarianism.” The person he was alluding to is Fouad Ali El-Himma, who now holds the position of Advisor to King Mohammed VI.

Irked by this statement, the Royal Cabinet called Nabil Benabdellah to refrain from launching baseless statements.

“It seems clear that this statement, which comes following other equally irresponsible statements by Nabil Benabdellah, is only a political diversion tool at election time, which requires refraining from unsubstantiated statements”, the Royal Cabinet pointed out in the communiqué.

This election time requires “refraining from using concepts that undermine the reputation of the country and the integrity and credibility of institutions, in an attempt to win votes and voters’ sympathy”, the communiqué added.

Benabdallah’s statements “are contrary to the provisions of the Constitution and the laws that govern the relationship between the monarchy institution and all national institutions and bodies, including political parties,” went on the communiqué.

The Royal Cabinet said it issued “this explanatory statement” to remove any doubt about Benabdallah’s remarks “given their important and dangerous nature”, especially that they were made by a government member and targeted an Advisor to the King who has no longer any relationship with politics.

The Royal Cabinet flatly rejected any claims that Royal Advisors interfere in the work or actions of political parties, saying that the King’s Advisors act only within the framework of their duties, following the high specific and direct instructions of the King.

The Royal Cabinet made it clear in the communiqué that its explanation “concerns only the person who made those statements and has no relation with the PPS, known for its historic role of activism and its constructive contribution to the national political and institutional process.”