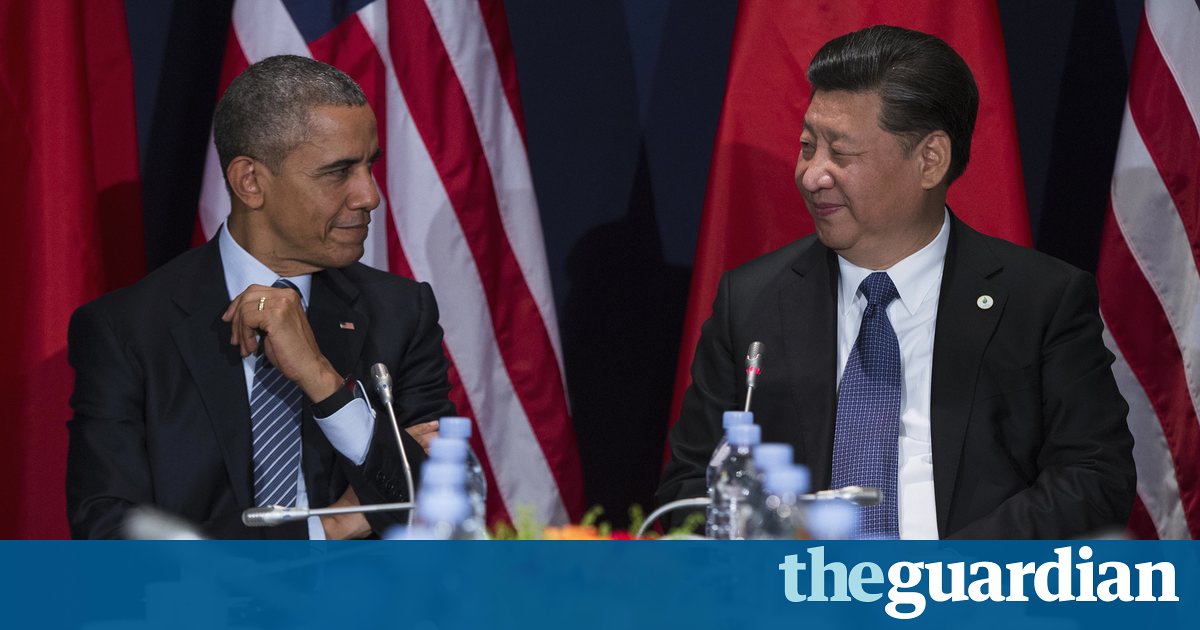 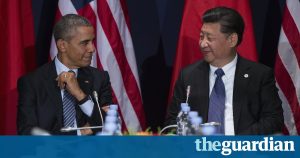 The United States and China have formally ratified the Paris agreement to curb climate change in a joint declaration Saturday, ahead of the G20 summit in Hangzhou, China.

The announcement, made jointly by Presidents Barack Obama and Xi Jinping, is a major stride towards the global accord being enforced by the end of the year.

China and the USA are responsible for almost 40 per cent of total carbon emissions worldwide.

President of the 22nd session of the Conference of the Parties (COP 22) to the United Nations Framework Convention on Climate Change (UNFCCC), Moroccan Foreign Minister, Salaheddine Mezouar, hailed the move as “an important step towards the entry into force of the Paris Agreement.”

He said, “this process must continue and be intensified.”

The Paris Agreement, negotiated by representatives of 195 countries at the 21st Conference of the Parties of the UNFCCC in Paris and adopted by consensus on December 12, 2015, is the world’s first comprehensive agreement on climate. The deal commits countries to cut emissions sufficiently to keep the global average rise in temperatures below 2 degrees Celsius compared with pre-industrial levels.

To enter into force, the Agreement needs to be signed and ratified by at least 55 countries representing at least 55 percent of global emissions.

As of September 2016, 180 UNFCCC members have signed the treaty, but only 26 have ratified it, which is not enough for the treaty to enter into force.

The ratification by the USA and China of the Paris Agreement comes few weeks prior to COP22 Conference, to be held in the city of Marrakech next November 7 through18.

In another development, President of the Economic, Social and Environmental Council (CESE) and of the COP22 Scientific Committee, Nizar Baraka, highlighted in Buenos Aires, during a preparatory meeting for COP22, the importance of common values in raising climate awareness and encouraging responsible commitment to the environment.

“Notwithstanding our differences and our origins, we must seek in our religions, cultures and beliefs shared values that are necessary for the promotion of responsible commitment to nature and future generations,” he was quoted by MAP news agency as saying during the meeting.

He stressed the need to share the values of peace, commitment and solidarity with the greatest number of people to kindle hope for “a better future.”

The CESE will hold on November 3 in the city of Fez a “Summit of Consciences” to provide the various parties to COP22 with a roadmap for a common environmental commitment.

Written by: meconfident on September 5, 2016.
Last revised by: Jaber Ali