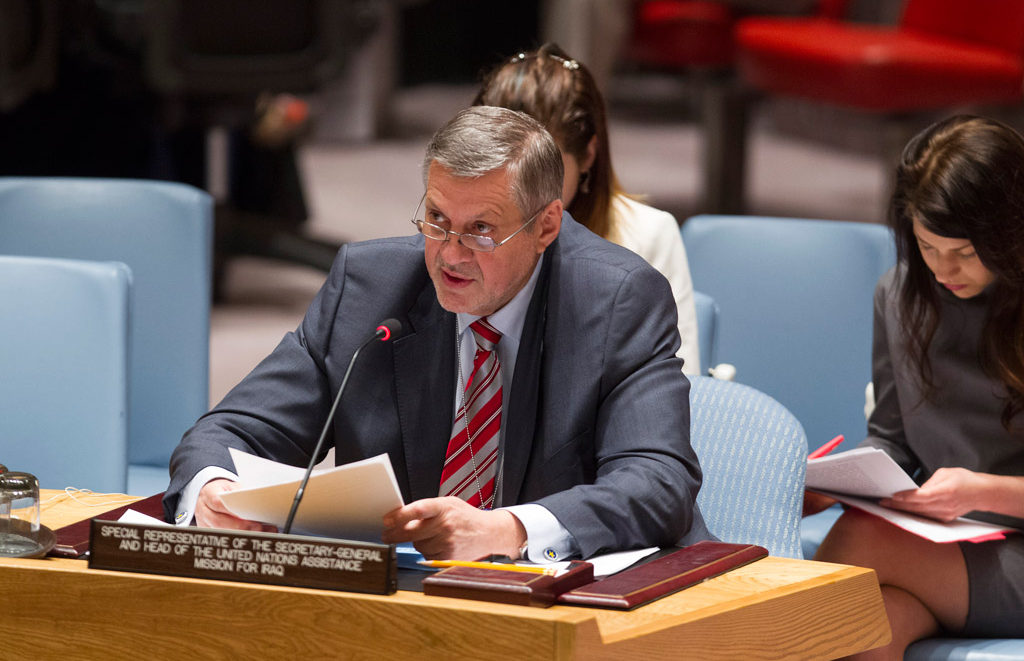 Civilians continue to disproportionately bear the burden of acts of terrorism, violence and armed conflict in Iraq, accounting for more than two-thirds of those killed or injured in the month of August, the United Nations Assistance Mission in Iraq (UNAMI) announced.

“The bloodletting in Iraq continues without let-up,” the Secretary-General’s Special Representative for Iraq, Jan Kubis, said in a news release issued by the UNAMI, earlier this month.

“Casualty figures remain too high and civilians again are bearing the brunt,” he added.

According to the UNAMI’s casualty figures for the month of August, a total of 691 Iraqis were killed, of whom 68 percent were civilians. Similarly, of the 1,016 injured, 813, or about 80 per cent, were civilians, the press release said, adding that the figures do not include the western province Anbar, as the UN mission has been unable to obtain the August figures from the local health department.

In the news release, the UNAMI head also strongly condemned the terrorist attacks and violent acts, including recent suicide attacks by the Islamic State of Iraq and the Levant (ISIL) at a wedding celebration in Ain Al-Tamr in Karbala that killed and wounded many, and bombings in capital Baghdad.

“[We] reiterate our call on the parties to undertake every effort to safeguard the lives of civilians and urge Iraqis in general to show strength in unity in the face of this unrelenting violence,” he said.