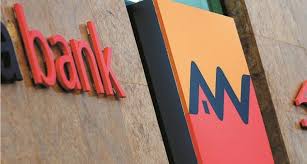 Japan’s Bank for International Cooperation (JBIC) has signed a Memorandum of Understanding (MoU) with Morocco’s leading Attijariwafa Bank to strengthen its presence in Africa and help develop trade and investment between Japanese and African companies.

The two banks have long cooperation ties and have both contributed to various projects in Morocco, including Jorf Lasfar 5 & 6 and Safi Energy Company (SAFIEC.)

The MoU, signed on the sidelines of the Tokyo International Conference on African Development (TICAD VI) which was held in Nairobi August 27-28, will enable the JBIC to expand its presence in Africa through Attijariwafa Bank’s networks on the black continent.

The JBIC is the international wing of the Japan Finance Corporation (JFC,) a state-owned financial institution promoting economic cooperation between Japan and overseas countries.

Headquartered in Tokyo, JBIC is present in 21 countries.

During the Nairobi gathering, Japan pledged $30 billion in support of Africa’s economic growth and infrastructure over the next three years.