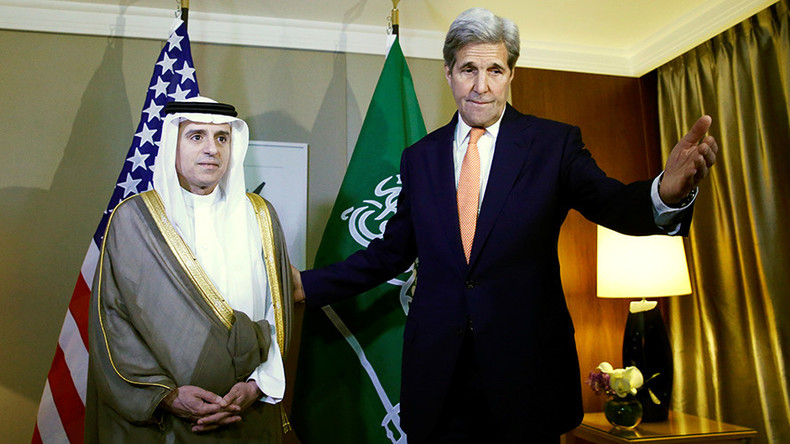 US Secretary of State John Kerry said an agreement for the way forward in Yemen has been reached with Gulf Arab States and the UN in Saudi Arabia. He said it is “a renewed approach to negotiations with both security and political track simultaneously working in order to provide a comprehensive settlement.”

Kerry made the statement during a joint press conference with Saudi Foreign Minister Adel al-Jubeir in Jeddah.

Kerry said “the final agreement” that would be sealed between the Hadi-led government and the Houthi Movement “would include in the first phase a swift formation of a new national unity government, the withdrawal of forces from Sana’a and other areas and the transfer of all heavy weapons, including ballistic missiles, from the Houthis and forces aligned to them to a third party.”

The Yemeni government has been demanding that the rebels surrender their weapons and withdraw from occupied territories before a political agreement could be discussed while the Houthi Movement demands the formation of a unity government before the disarmament or withdrawal plan can be considered.

The US diplomat said the new plan “leaves nothing for future speculation” as he agreed with Jubeir that its “clarity” on building confidence and the roadmap to peace could lead to the end of the war in Yemen.

However, Kerry’s remarks on Iran supplying the Houthis with arms were refuted by Foreign Minister Mohammad Javad Zarif as “baseless and unfounded.”

Saudi Crown Prince Mohammed bin Nayef showed Kerry some photos said to be Iranian-supplied missiles along the Saudi-Yemeni border. Kerry said he was “deeply troubled” by this contingency as it poses a threat to the region and to the US.

Zarif said Saudi Arabia is not interested in ending the Yemeni war and “the US administration has shared the Saudi regime’s inhumane war crimes against the innocent and oppressed people of Yemen.”

The Houhti Movement and the UN special envoy are yet to react to the conditions of the renewed approach.