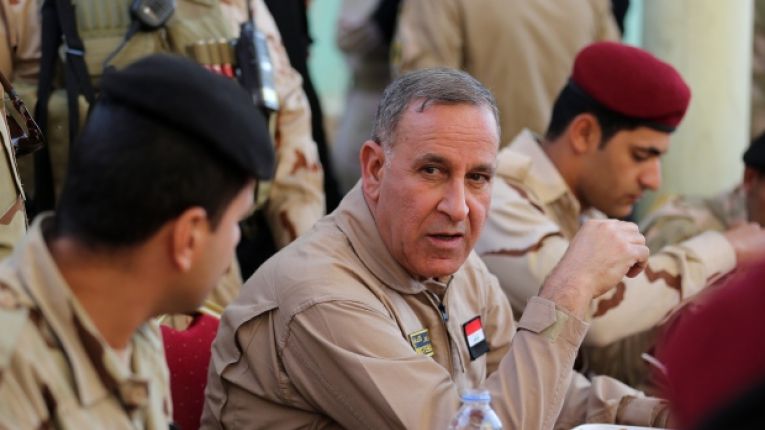 Defense Minister Khaled al-Obeidi was impeached by the Iraqi parliament in a no confidence vote of 142 against 102 after weapons contracts were questioned earlier this month.

Reacting to the vote results, Obeidi described it as a triumph for “those who brought Iraq to where it is now.” “I tried with everything to fight corruption but it appears that its masters are stronger, their voices louder and their actions more enduring,” he said.

The Defense Minister’s departure is not expected to affect the offensive assault on Mosul as officials say that military plans have already been drawn.

Sunni MP Khalid al-Mifraji said, however, that losing Obeidi is “a crack in our war against Daesh.”

Senior Shia MP and former national security adviser Mowaffak al-Rubaie downplayed the impeachment of the Defense Minister claiming that “it will not negatively influence counterterrorism efforts.”

The US and its coalition partners have assured Baghdad that the situation will not hinder their campaign against the Islamic State.

Although the Minister was ousted based on corruption allegations, analysts have linked it with the Shia-Sunni divide in the country signaling the deep political instability between leaders. With reference to Transparency International’s corruption index, Iraq ranks only ahead of seven of the 168 listed countries. Government officials and politicians have been engaged in corruption counteraccusation allegations and have been going to the parliament with huge files to prove their claims. Obeidi had accused the Speaker of the parliament and other MPs of corruption during his questioning.

Meanwhile, Prime Minister Haider al-Abadi on Thursday announced that government forces have taken over the town of Qayyrah, 37 miles south of Mosul.