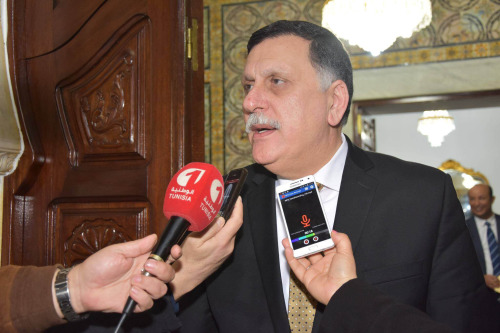 Prime minister-designate of the Government of National Accord (GNA) and head of the Presidency Council Faiez Serraj stressed in a statement that they would respect the vote of no confidence of the Tobruk-based House of Representatives (HoR) and their demands.

He urged the parliament to reassemble for another session “after the completion of the formation of the government” and proposed that the GNA and the Presidency Council “continue their work” while they align themselves with the parliament’s requirements. The statement noted that the cabinet, which failed to obtain a vote of confidence “is not considered final” as four ministers from eastern Libya continue to boycott the cabinet.

The HoR approved the Presidency Council (PC) with the condition that its members are limited to just eight ministers within the next 10 days and rejected the GNA for being incomplete amongst other reasons.

UN special envoy Martin Kobler welcomed the resumption of the HoR sessions for the first time in five months and urged the PC to hold “broad consultations” with political and civic actors to maximize support for the GNA.

Serraj has given a one-week deadline to the Ali Gatrani and Omar al-Aswad to end their boycott and rejoin the PC or else they will be replaced. Kobler said it is “imperative” that they return to the council.

The vote is seen as a blow to the Libya Political Agreement (LPA) reached in Morocco last year but Kobler called on the Tobruk-based parliament “to remain within the framework of the LPA and relevant security resolutions.”

Only a single MP of the 101 present at the HoR session had voted for the GNA while 61 voted against and 39 abstained.