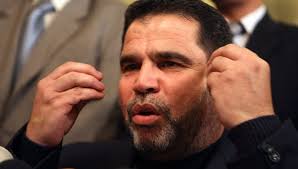 A senior Hamas official, Salah al-Bardawil, has accused Egypt of kidnapping some members of his movement together with other Palestinians and holding them in security detention centers and said their liberation is conditioned by “harsh demands.”

He said the latest Hamas delegation to visit Cairo discussed the issue with Egyptian authorities “but in vain” as he called for bringing the detainees before court if they are accused of committing any crime.

The leader of the group’s arm wing, al-Qassam Brigades, Abu Ubaeda said that they have not forgotten “the case of those four jihadists (Hamas fighters)” and that the leadership is “doing all it can for the return our kidnapped sons.”

The demands for the release came a few days after a picture showed almost nine detainees in an Egyptian security building. The picture was published by Al Jazeera, which claimed that two of the photographed individuals were identified by their family members as Abdel Daym Abu Labda and Yasser Zaytoon. They are part of the four Hamas fighters who were ordered to come down from a passenger bus by armed personnel while crossing the Rafah border into Egypt on August 19, 2015.

Cairo has neither confirmed nor denied allegations that it is holding the four Hamas fighters. Yet, President Sisi told a state-owned newspaper recently that “there aren’t any detainees in Egypt” except “people who are imprisoned in certain trials and blatant charges, such as terrorism.”