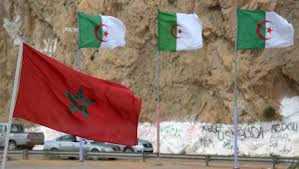 King Mohammed VI voiced hope that the commitment and sincere solidarity which have always existed between the Algerian and Moroccan peoples would be rekindled so that the two neighboring countries could better defend Arab and Maghreb interests.

In his speech made Saturday on the occasion of the 63rd anniversary of the Revolution of the King and the People, the Moroccan Sovereign said the commemoration of this landmark event in Morocco’s liberation history against French colonizer, is an opportunity for Moroccans to ponder the values and principles that inspired earlier generations.

“That historical era was characterized by coordination and solidarity between the leaders of the Moroccan resistance movement and the Algerian Liberation Front”, said King Mohammed VI.

The Moroccan resistance movement provided moral and material support to the Algerian revolution which, at the time, was facing a fierce campaign by colonial forces seeking to quash it before it celebrated its first anniversary, added the Sovereign in his speech.

Moroccan popular uprising against French colonization and the solidarity of Moroccans with their neighbors “breathed new life into the Algerian revolution”, said King Mohammed VI, recalling the major role played by the two countries in the liberation and independence of Africa.

“Today, given the current circumstances facing Arab peoples and the Maghreb region, we are in great need of that spirit of solidarity to enable us to rise to common development and security challenges”, stressed the Moroccan Monarch.

“We hope that the commitment and sincere solidarity which have always bound the Algerian and Moroccan peoples will be rekindled so that we may continue to work together, honestly and in good faith, to serve Arab and Maghreb causes and rise to challenges in Africa”, said King Mohammed VI.

Unfortunately, the land borders between Morocco and Algeria have been closed since 1994 at Algeria’s initiative, costing the two economies billions of dollars.

Furthermore, relations between the two neighboring countries remain strained because of the Sahara issue and Algeria’s financial and military backing of the Polisario separatists.

These strained relations affect the evolution of the Maghreb Union (Algeria/Morocco/Tunisia/Mauritania & Libya). This Union represents a potential market of nearly 100 million consumers. Yet, inter-Maghreb trade is among the lowest and does not exceed in the best case 3 percent of the total trade of each country.

The Maghreb integration disruption costs each country 2 percent of its annual growth, while the Maghreb Union could have gained each of the five countries 5 percent of GDP.

According to World Bank estimates a deeper integration, including the liberalization of services and the reform of investment rules would have increased the per capita real GDP between 2005 and 2015 by an additional 34% for Algeria, 27% for Morocco and 24% for Tunisia.