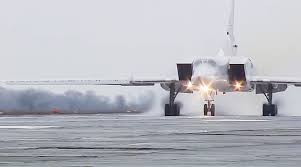 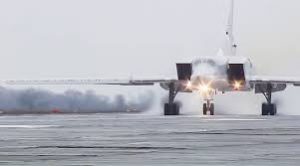 Speaker of the Iranian parliament Ali Larijani flatly denied reports of Russian warplanes using an Iranian airbase to launch attacks on the Islamic State in Syria.

“No base has been given to the Russian military forces” the speaker clarified when answering a question by Heshmatollah Falahatpisheh, a member of the parliament’s Foreign Policy and National Security Committee.

Falahatpisheh reminded him that it would be a violation of article 176 of the Constitution, which bans the country from serving as a base for foreign troops even when on peaceful missions.

There were reports that the Noje Airbase was used by Russia to launch attacks against ISIS in Syria. The Russian Defense Ministry actually announced on Tuesday that it has deployed some warplanes in the area and they “carried out group airstrikes against targets belonging to the ISIS and Nusra Front terrorist groups in the provinces of Aleppo, Deir ez-Zor and Idlib.” Using the Iranian airbase can reduce the flight distance of the warplanes from 2000km to 700km.

Falahatpisheh wants Tehran to be careful with its foreign policy because, he said, “the world powers follow their own interests in their foreign policy” and “they have indicated that whenever the Islamic Republic is faced with a crisis, they stand against our country.” He opined that Russia has “a different and volatile foreign policy.”

The head of Iran’s Supreme National Security Council, Ali Shamkhani, said cooperation between the two countries “in fighting terrorism in Syria is strategic and we exchange capacities and facilities in this regard.” He did not specify if the reports about Noje Airbase were true.

US State department spokesman Mark Toner said the reports are “a continuation of a pattern we’ve seen of Russia continuing to carry out air strikes, now with Iran’s direct assistance, … that predominantly target moderate Syrian opposition forces.” He said the new development, if confirmed, would be “unfortunate.”

Russia and Iran are supporting Assad while the US and other Arab states are backing the rebels and want Assad to step down.