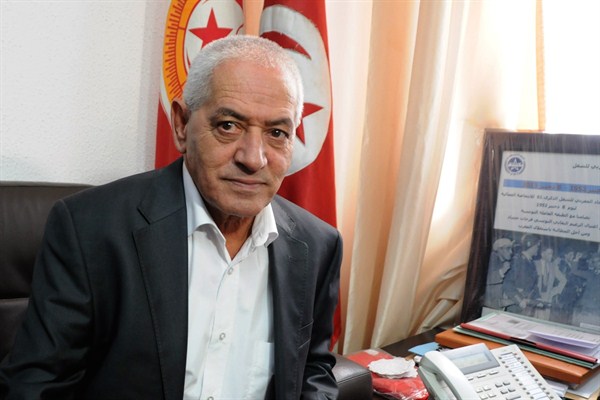 Abbasi said the union is not interested in power but cautioned Chahed that “merely picking two or three parties to form the new government does not achieve the leap Tunisia needs at this stage.” His statement could be seen as a reply to Ennahda’s call for taking into account the results of the parliamentary elections when forming the new government. Ennahda and the ruling Nidaa Touness are the majority parties in the parliament.

“Today, Tunisians must know those who put the national interest above all other considerations and those who serve other agendas,” the UGTT secretary general said.

He insisted that it is no longer possible to deal with some ministers in the outgoing government like the Ministers of religious affairs and of finance.

The UGTT holds the finance minister responsible for the increasing crisis at the state-owned Tunisian Tire Industries Company (STIP). Abassi did not state if the union would propose candidates outside of its scope to be part of the government.

While Prime Minister-designate Chahed is racing against time to present his cabinet to the parliament for approval, divisions between members of the consultative body that spearheaded the presidential initiative to form a unity government have surfaced and critics are already concluding that the government of national unity will fail.