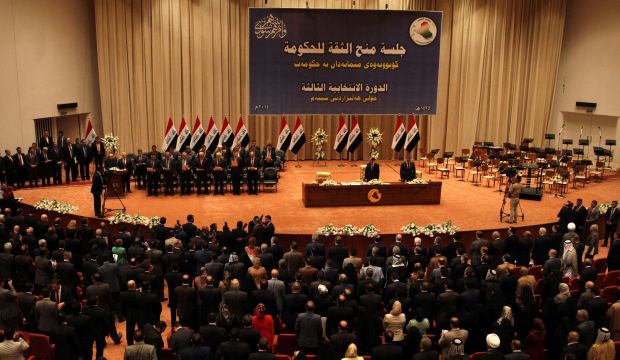 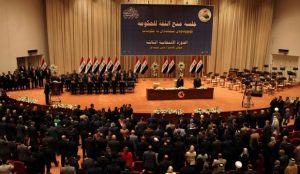 The stand-off between the Parliament and Prime Minister Haider al-Abadi eased on Monday following the approval of all the ministers he picked up with the exception of the nominee for the trade department.

The government is however under pressure after the lawmakers rejected the explanations given by Defense Minister Khaled al-Obeidi during the question time at the beginning of the month about his alleged involvement in a corruption scandal regarding weapons contracts.

The Prime Minister wants to maintain Obeidi in the government in a bid to keep the momentum of the fight against the Islamic State ahead of the assault on Mosul.

A parliamentary vote is yet to be held to formally request the defense minister’s resignation.

The new oil minister Jabar Ali al-Luaibi said in a first statement after his endorsement that the long-standing oil dispute over oil revenues between Baghdad and the semi-autonomous Kurdistan government could end. “There are solutions to the existing problems … about the oil file,” he said without going into details. Luaibi had headed the South Oil Company that produces most of Iraq’s crude oil.

The approval of the appointed ministers ends a deadlock that had hampered the prime minister’s effort to fight corruption. Abadi tried to overhaul the cabinet in February but the lawmakers blocked the process by failing to approve it, which led to storming of the parliament in May by supporters of influential Shia cleric Moqtada al-Sadr.

The position of the interior minister is also vacant after he voluntarily resigned following the deadly ISIS bombing in the capital that killed more than 200 people last month.