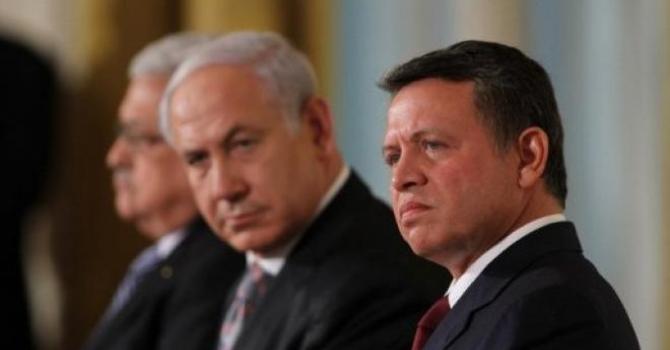 King Abdullah II of Jordan expressed his dismay at the recent clashes between Palestinians and Israeli forces at the Al-Aqsa mosque compound, accusing the Jewish State of trying to impose a new reality.

In an interview with Jordanian newspaper al-Dustar, the King stressed that there are “recurring violations and attacks” by Israel and extremist groups which he claimed are “blatant attempts to change the status quo in Jerusalem and its landmarks, its heritage sites and historical identity.”

King Abdullah said defending the Palestinian Cause is a “supreme national interest” for Jordan as he warned that failing to reach a two-state solution to end the conflict “is feeding violence and extremism in the region.” He stressed that they will continue their “historical and religious” duty to defend the Al-Aqsa mosque and fight any plan to divide it “temporally or spatially.” Abdullah added that Jordan will work against Israeli “violations of the rights of Arab residents, crackdown against them and their displacement.”

Chairman Avi Dichter of the Foreign Affairs and Defense Committee of the Israeli parliament, a member of the Likud party and former Intelligence Chief, said Tel Aviv will not succumb to pressure. He stated that there has recently been “an intensifying trend called ‘the defense of al-Aqsa’” among Palestinians to not only stopping Jews from accessing the southern side of the Compound but they are “talking about the entire area” including non-Muslims.

He underlined that “Israel will not lend a hand to this” adding that while they “honor the holiness of the Al-Aqsa Mosque” and stand by their rights on Temple Mount, they will not allow it to become Mecca or Medina where access is only limited to Muslims. “This type of twisted thought will not be allowed to be realized,” he stated.

Haram al-Sharif for the Muslims or Temple Mount for the Jews, the site is considered religious and historic by both religions. It is the most holy place in Judaism and the third for Muslims.