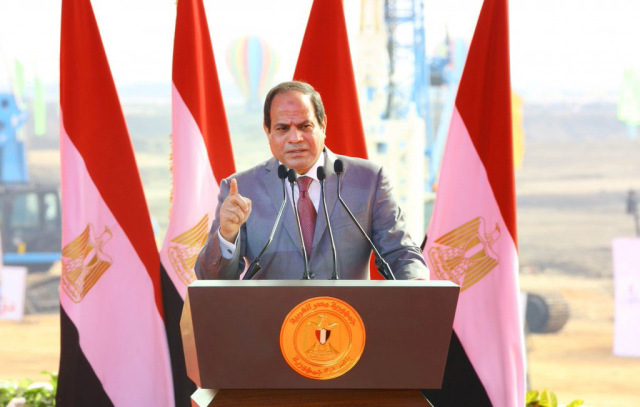 Five political parties, four NGOs and tens of union leaders and public figures have petitioned President al-Sisi not to approve the three-year $12 billon loan agreement with the International Monetary Fund (IMF) deeming the deal will lead the “miserable” economic situation to an “economic doom” due to the reform policies attached to it.

The signatories, who named themselves “Egypt National Forces,” argue that “the path the government is taking will land the country in a very critical situation” because the plan to solve the economic and social challenges was “determined with a narrow-minded mentality,” neglecting “the current political crisis.”

Last week, Egypt and the IMF reached an agreement on the loan deal but it is yet to be approved by the IMF executive committee and the Egyptian Parliament.

The petition warned that implementing the agreement will lead to “extremely tough economic and financial measures” which are “based solely on the recommendations of the IMF.” The loan “would only deepen the country’s crisis,” the petitioners claimed, citing the experiences of Mexico and Greece.

President al-Sisi was urged to suspend the deal and embark on a “national program for economic reform” that will entail fiscal and tax reforms, social security plans for the vulnerable, cuts in public expenditure on luxury, cuts in high salaries, in addition to ending privatization, combatting monopoly of business activities and fighting corruption. The petition also called for the participation of political and civilian bodies in reform plans. The petition meanwhile called for “a state of political openness” and release of all political prisoners.

The presidency has not yet reacted to the petition.