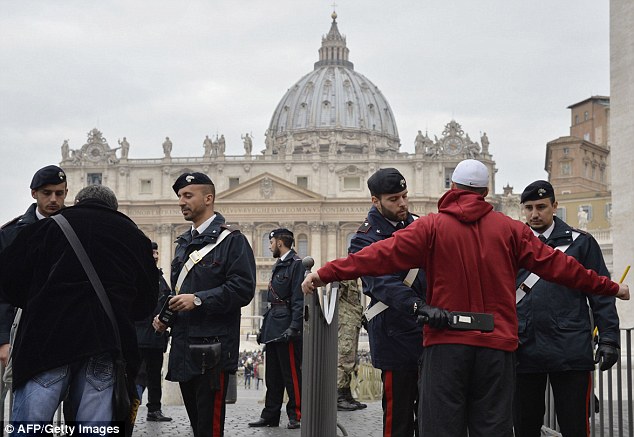 Pro UN-backed government forces are gaining grounds in the battle to end the control of the Islamic State on the coastal city of Sirte.

“The forces have made more progress in neighborhood Number Two, with help from artillery and from naval forces,” spokesman Rida Issa said.

They are also backed by US warplanes, which have been targeting militants of the extremist group for the past couple of weeks. IS fighters are reportedly encircled in the city’s central residential areas but there are fears that some of them might have already fled to Europe through Italy.

Last week, Libyan fighters took over the Ouagadougou convention complex used by the group as their headquarters and found documents revealing the existence of an IS cell in Milan believed to be led by associates of Tunisian Abu Nassim; a commander in IS-Libya.

The Libyan forces are now in control of Sirte’s former university and radio station that was used by the extremists for their propaganda.

A graffiti sprayed a few days ago saying “the port of the Islamic State-the starting point for Rome” has already raised concerns in Italy.

The president of the foreign affairs committee of the Italian parliament Pier Ferdinando Casini noted that while it is a “great victory” to recapture Sirte and it is “the priority for us” to liberate it , “there’s always a risk of people” infiltrating the country through illegal migration.

Giacomo Stucchi, president of a parliamentary committee that oversees Italy’s intelligence services said “the scenario has totally changed and the risk that militants could flee to Europe by sea has substantially increased” but they need to know if the militants “want to disappear without trace or whether they want to continue fighting in the name of their cause.”

Meanwhile Giuseppe Perrone has been appointed as the new Italian ambassador to Libya ahead of the reopening of the embassy in Tripoli.