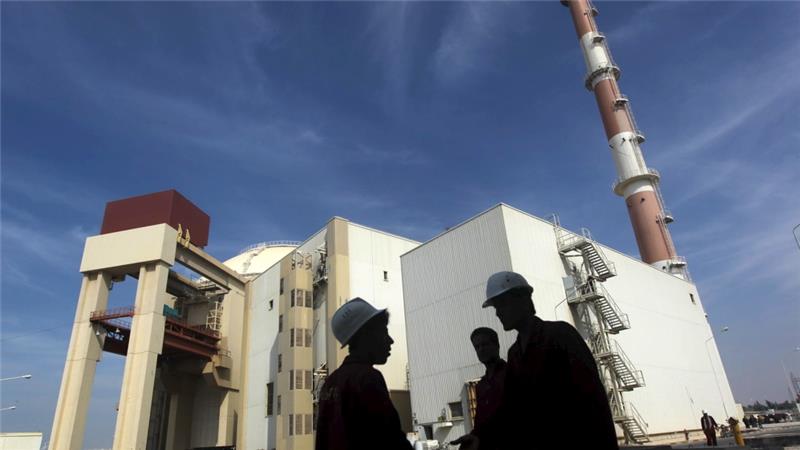 The two-day trilateral meeting between Azerbaijan, Iran and Russia held in Baku ended on a high note on Tuesday with the adoption of a declaration of intent to upgrade their cooperation mainly in the energy and transportation areas and to pool efforts to fight terrorism.

It was not clearly stated if the reactors will be dedicated to the production of energy as the implementation of the nuclear agreement reached last year between Iran and the so-called P5+1 continues to face some challenges.

President Putin said their “multi-faceted” bilateral “friendly relations are strengthening” with Iran while President Rouhani hailed the ties between the two countries.

During the trilateral talks, Azerbaijani President Ilham Aliyev noted that they can “construct a reliable energy corridor which can provide for our three countries and also enter new markets.” Azerbaijan’s power grid already works in parallel with Russia’s, linked by the Hachmaz-Derbent and the Yalama power lines.

The Azerbaijani President thinks that boosting energy cooperation could pave the way for “great opportunities in finance, banking and insurance sectors” and when coupled with the “financial capabilities” of their respective states, “we can take work on joint investment projects in other countries.”

On the sidelines of the trilateral meeting, the Iranian and Azerbaijani central banks agreed on establishing a joint regional bank for the development of financial cooperation between the two countries.