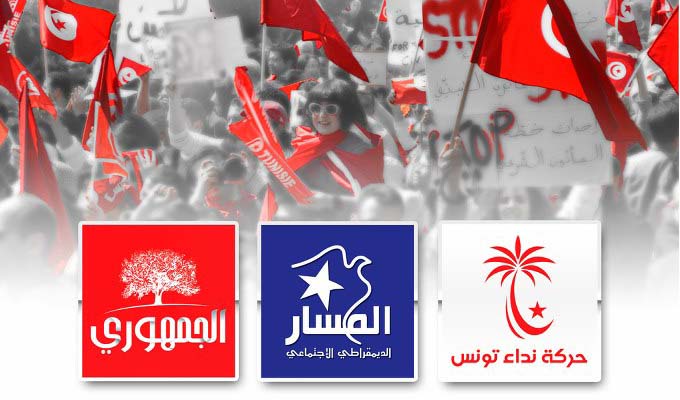 The Al-Massar, Al-Joumhouri and Echaab opposition parties that took part in the consultation process of the national unity government have dubbed the appointment of Youssef Chahed Prime Minister as an “arbitrary” presidential move that bypasses the second phase of the process.

Al-Massar’s Secretary General Samir Taieb said opposition groups support the formation of a national unity government because it is “a necessity dictated by the current situation and must be held by a political figure standing at equal distance from all sides.” Secretary General of the Echaab Movement Zouhaier Maghzaoui said they were surprised by the appointment of Chahed, expressing doubts at his profile for the post while Al-Joumhouri party leader, Issam Chebbi, said he would have preferred a debate on the content and priorities of the unity government ahead of appointments.

President Caid Essebsi defended Chaded as “the most qualified among all potential candidates” and described the 40 year old as “a capable young (man) in good health, with important projects to fight terrorism, corruption, black market and tax evasion.”

He also stressed that he “is not a member of my family” claiming that such allegations are a “well-orchestrated campaign.” Mongi Hamdi, Ahmed Nejib Chebbi and Hakim Ben Hammouda were the other candidates proposed by opposition parties during a meeting chaired by the President on Wednesday.

Al-Massar’s Secretary General Samir Taieb has stated that “his party will not be represented in the new government” but will assure that the Carthage Agreement reached during the consultations will be “properly” implemented. Similar sentiments were expressed by Chebbi.

Meanwhile, the Ennahda movement continues to coy on its participation in the national unity government with its leader Rached Ghannouchi saying it depends on agreeing on “the quality of participation and participants.” Ghannouchi said his party, which is the second majority in the Parliament, wants the parliamentary results to be taken into consideration.

Chairman of the Ennahda Shura (consultative) Council, Abdelkarim Harouni, said it “is still premature” to dwell on participation pending the outcome of consultations on the composition of the new government.

If his nomination is endorsed, Chahed would be Tunisia’s seventh Prime Minister in less than six years since the 2011 uprising that toppled longtime dictator Zine El Abidine Ben Ali.