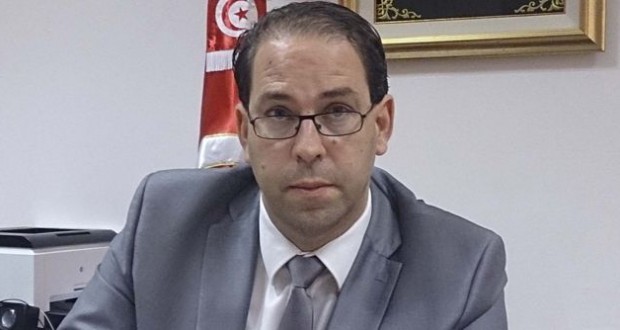 The official appointment of Youssef Chahed as the new Prime Minister of Tunisia has already began to divide politicians including political parties that are part of the national unity government process.

Critics claim that the President’s choice was dictated by family ties, as the nominee is his son-in-law. Chahed, 40, a member of the Nidaa Tounes party, was serving as Local Affairs Minister in the cabinet of technocrat Prime Minister, Habib Essid.

The leader of the Popular Front party, a party that withdrew from the national unity government process, said “the single characteristic used” to appoint Chahed is “belonging to the family.” He criticized President Caid Essebsi for single handedly steering the affairs of the state, deploring that “the organizations of the state are being turned into a family-run council.”

On his part, former Culture Minister Mehdi Mabrouk said “the influence of this family may increase further, which could pose a challenge for the next government.”

Al-Hurra bloc, which broke away from Nida Touness in January, also wondered whether the picked Prime Minister has “the right characteristics” to fulfil the job.

Even some political parties that took part in the national unity government process may not support Chahed’s nomination. This is the case of the Chaab political movement, whose leader, Zuhair al-Maghzaoui, had warned on Monday that they would withdraw from the process if the Prime Minister is selected from the two main parties.

Youssef Chahed is an agricultural sciences specialist and an academic who taught in French and Tunisian universities. He dismissed reports of family ties with the President stressing that he is a distant relative.

Despite the critics, Youssef Chahed could easily win the Parliament’s approval as he is supported by his own party, Nidaa Tounes, and by Ennahda party, the two parties forming a majority in the parliament.