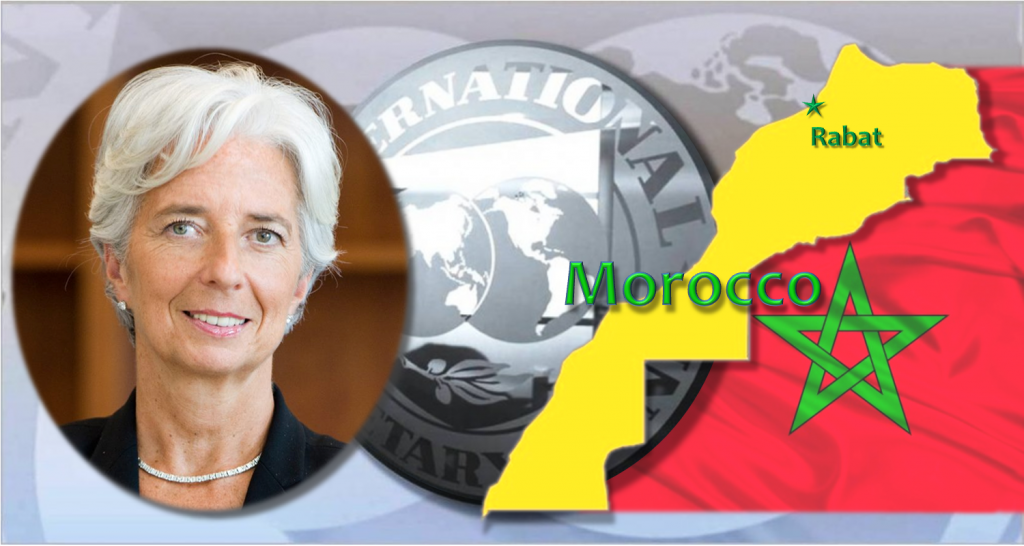 The International Monetary Fund has commended the reforms carried out successfully by Morocco, saying the North African Kingdom has implemented challenging reforms such as modernizing the budget framework, enacting energy subsidy reforms, strengthening the domestic financial sector, and most recently reforming the civil service pension system.

In a press release issued after approving a two-year $3.4 billion liquidity line for Morocco, the Fund said the financial support will enable the country to continue its economic reforms and further strengthen its growth prospects.

The IMF’s Precautionary & Liquidity Line will also provide Morocco insurance against external shocks in light of heightened uncertainty worldwide. This will help the Moroccan government to continue with their reform agenda aimed at promoting inclusive growth by addressing challenges such as high youth unemployment (about21 percent in 2015,) low female labor force participation and boosting competitiveness.

The challenging reforms carried out by Morocco have contributed to the substantial decline in domestic and external imbalances, says the IMF, warning that the country “is still subject to potential external shocks such as a slowdown in the Euro area, increased volatility in the financial markets, and regional spillovers—such as heightened geopolitical risks that would lead to reduced tourism and increased oil price volatility—which could reverse some of the recent achievements”.

According to the IMF analysts, the efforts engaged by the Moroccan government to diversify the economy have led to the emergence of new and higher value added industries (automobile, aeronautics, and electronics,) which now provide the country with more export revenues than traditional sectors such as agriculture or phosphates.

The country has also further developed its tourism industry, one of the major pillars of the Kingdom’s economy, a source of hard currency and employment.