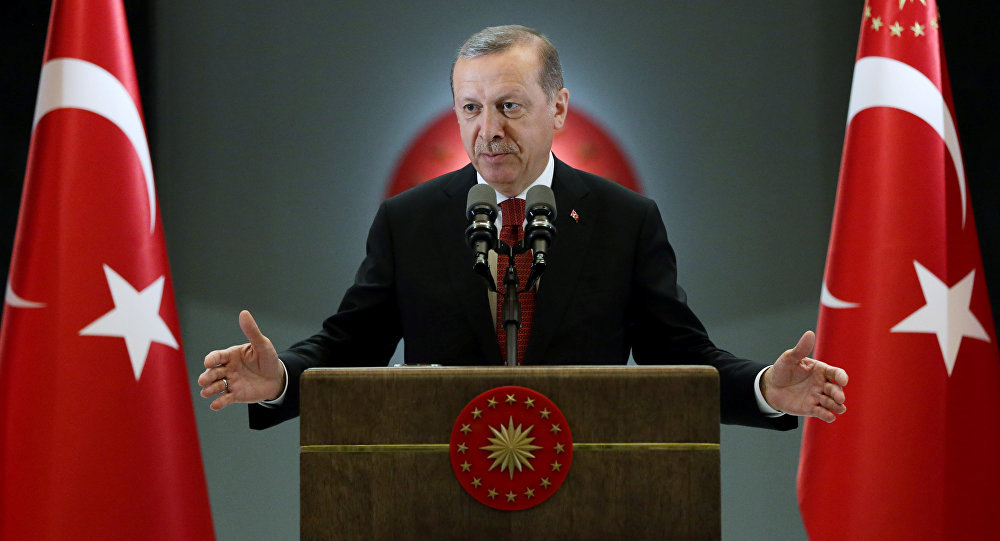 The Turkish foreign ministry has summoned Germany’s chargé d’affaires after President Erdogan was barred from addressing an anti-coup d’état rally on Sunday in Cologne, Germany. Organizers wanted to invite the Turkish president to give a speech but the city’s police banned the rally citing “security concerns.” The ban was supported by a local court.

Plans to have Erdogan deliver his speech through a video-link were also prevented and the Federal Constitutional court, the country’s highest court, also sided against the Turkish president addressing the rally.

Reacting to the German authorities’ ban, spokesman for the Turkish presidency Ibrahim Kalin said the ban was “unacceptable” and it violated the freedom of expression and free assembly. He said the decision gives room for suspicion, adding that Ankara is curious about the real reasons behind the ban and hopes that the German authorities will provide a satisfactory explanation.

Germany’s foreign ministry spokesman Martin Schaefer said the ban is “a bit of a bumpy phase” in their close and deep relations with Turkey as “we have had phases in the past that were bumpy and other phases when things went extraordinarily well.” He is confident that Berlin “will manage again to overcome this not so easy phase of bilateral relations with Turkey.”

Last week, Chancellor Angela Merkel urged Erdogan to use the principle of proportionality in his crackdown on alleged coup plotters.

In the latest arrests, an interior ministry said members of the “death squad” sent to Erdogan’s hotel on the night of the coup are under detention after an exchange of fire in their hideout. Deputy Prime Minister Numan Kurtulmus said eleven of them were “captured” but one is still at large.