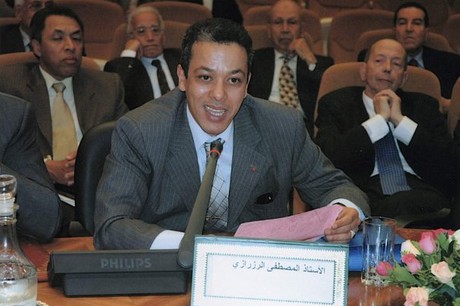 Morocco has set up an observatory dedicated to studying extremism and violence in the modern world. This research and academic think-thank will provide scientific and extensive analysis to help protect society against extremism and radical ideologies.

“As the world is experiencing a growing threat of political violence and extremist movements, the scientific scene is lagging behind in monitoring the phenomena of extremism and violence according to a comprehensive approach”, said the founders of the Observatory.

The new body will support efforts made in the fight against violence and combat the phenomenon of intellectual and religious extremism. Moroccan authorities are waging tireless war against Islamist extremists and fanatics.

The new Observatory whill be headed by El Mostafa Rezrazi, an eminent Japan-based prolific Moroccan scholar who has accumulated commanding research on issues relating to extremism and geopolitics, including a Ph.D. on the psychological dynamics among suicidal jihadists.

This strategy has been built on a global approach based on prevention, anticipation, education, rehabilitation, eradication of terrorism roots and international cooperation.

The Moroccan authorities have dismantled multiple groups with ties to international networks that included ISIS. Al Qaeda in the Islamic Maghreb (AQIM) and ISIS continue efforts to recruit Moroccans.

According to foreign intelligence reports, approximately 1,500 Moroccans are believed to have joined terrorist organizations since 2011, with 719 fighting alongside ISIS.

The Moroccan government is concerned about the potential return of veteran Moroccan jihadist fighters from those conflict zones to conduct possible terrorist attacks at home.