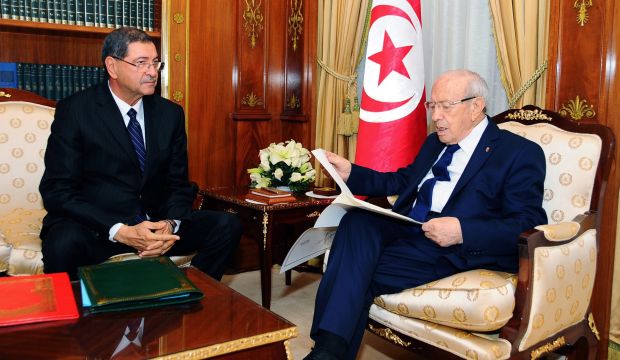 Ahead of his expected departure as Prime Minister, Habib Essid clarified that his decision not to resign but rather hand his fate to the House of the People’s Representatives is not an act of defiance to President Essebsi with whom he shares “mutual respect” but a move for his departure to be “in conformity with the provisions of the Constitution.”

In an exclusive interview with Essahafa and La Presse, the Prime Minister acknowledged that heading a coalition government of four political parties having “a different culture and ideology and a different view even on the economic and social level” was a daunting task because “it was not easy to reconcile their views and their perception of new Tunisia.”

The country is gearing up for a national unity government agreed upon by political parties and trade unions at the beginning of the month.

Essid said “it would have been better to support the current government and not change it” given the current security, social and economic situation as he wondered why President Essebsi did not inform him of the national unity government initiative prior to its announcement. He expressed hope that the positive achievements will not be affected by the change of government.

Habib Essid stressed that “he has never run behind the post of Prime Minister and that he is not attached to power” as he believes that “he had to leave the latest after the municipal elections” because the results will change the political landscape and balance prompting “a change in government.”

He thinks that his relations with some of the political parties “deteriorated” because “some political parties are interested only in their appointments and all their pressure [is] on this, that I refused and I refuse.” Despite the “misunderstanding”, he said he has been able to “treat them equally” and his office remains “open to different political parties.”

Essid is expected to lose the vote of confidence at the parliament, which will pave the way for the President to name a new Prime Minister. It is being considered as a formality because the upcoming government is already in standby mode waiting for the constitutional procedures after Essid refused to resign voluntarily.