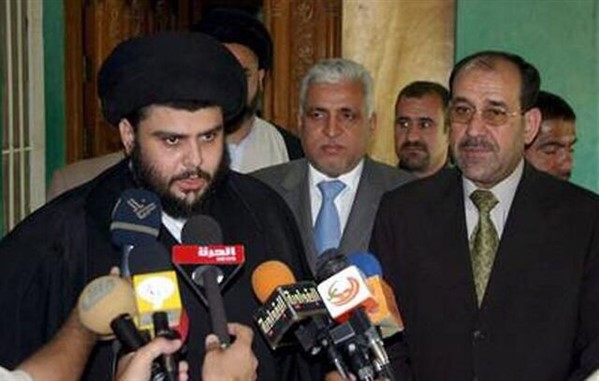 Days after he warned that the additional U.S. in Iraq will become targets, Shia cleric Moqtada al-Sadr made similar warnings to the UK on Sunday.

London is planning on doubling its troops to train Iraqi and Kurdish forces in the fight against the Islamic State and prepare for the offensive on Mosul, the extremist group’s headquarters. The Shia cleric warned, “they will not be liberators,” “we will treat them as occupiers”; a term often used to categorize foreign troops that will be received with hostilities from local groups.

Countries with troops in Iraq have often alleged that they are not participating in combat missions but only providing training to government forces.

Sadr lamented that such troops operating under the UN-led airstrike campaign “are united over their sin and we are divided over our virtue.” He pointed out that “we have fought each other in a way that made it easier for the enemy to occupy and subjugate us” before adding that “they shall not humiliate us, and we will treat them as occupiers.”

Although UK has not yet reacted to the threats made by Sadr, it is expected to be taking them seriously.

The Shia cleric enjoys a popular backing in Iraq and his latest show of influence was in April when his supporters stormed the heavily secured Green Zone and ransacked the parliament. He had fought against the US troops that invaded Iraq in 2003 to end Saddam’s regime.

The then Mahdi Army was disbanded in 2008 and replaced by Peace Brigades, a group that has helped Baghdad to repel the Islamic State’s offensive on the capital.

Meanwhile, the Ministry of Peshmerga in the semi-autonomous Kurdistan region have stated that Peshmerga forces will only withdraw from Mosul and not from the other areas already liberated from the Islamic State and under their control. It also warned of suspending its cooperation with Baghdad if its forces feel “mistreated.” The group has been influential is pushing back IS.