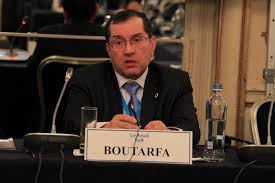 Following the failure to attract enough foreign investors to venture into its oil fields, Algerian Energy minister Nouredine Bouterfa said the country maintains its “top goal” of increasing the current production output of 1.2million barrels per day by 30% by 2020. Two bidding tenders in recent years have failed to attract enough interest and Bouterfa defiantly stated that they will work directly with international firms already operating in the country because “we need to boost our output” and can’t wait for another two years to issue a tender.

Investors have been discouraged by the country’s tough terms on production-sharing contracts and bureaucracy but the energy minister believes that state-owned company, Sonatrach, could increase its output by partnering with foreign companies to exploit mature oilfields with the latest technologies as he explained that they are already using the Enhanced Oil Recovery and Water Alternating Gas methods to boost production. The company has associates such as Anadarko, Pertamina and Cepsa.

The country is heavily dependent on hydrocarbons, especially gas, as it provides almost 97% of the state’s revenue. Head of the International Monetary Fund’s Middle East and Central Asia Department, Jean-François Dauphin, urged for the diversification of the economy and the empowerment of the private sector to ease the “major economic crisis” that Algeria is experiencing due to low oil prices, which had a “rapid and strong” impact on public funds. The falling of oil prices, which began in 2014, heavily affected state revenues but, the hefty foreign reserves helped limit the effects.

Algeria is considering increasing its number of wells and a senior Sonatrach manager was quoted by Reuters saying “we will dig 32 to 50 wells at Hassi Messaoud starting this year, versus only eight wells in 2013 and 2014.” Over the past months, production in the area has increased by 20,000 barrels per day to reach 470,000. The increase in production is expected to subsidize the low oil prices that slashed the country’s revenues by almost 50%.