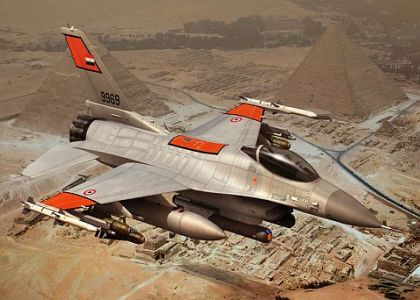 Cairo Wednesday indicated it would retaliate against Italy’s decision to suspend the military deal between the two countries in protest to the suspicious death of an Italian student in Cairo in February.

“We regret the decision and are considering taking similar measures that affect areas of cooperation with Italy,” a foreign ministry statement said.

Last week, the Italian senate voted to halt supplies to Egypt of spare parts for F16 warplanes in protest against the killing of Italian student Giulio Regeni, who went missing on January 25 and whose body was found few days later.

The move was the first economic sanction adopted by Italy against Egypt known as one important economic partner of the EU country.

Italy has slammed Cairo and recalled its diplomat over what Rome deems refusal by Egyptian authorities to cooperate with Italian investigators for the truth to emerge about the death of Regeni.

The Italian PhD student was found dead in a roadside ditch on the outskirts of the Egyptian capital on February 3. He was half naked and his body was covered with bruises. Forensic tests revealed he was tortured to death.

Regeni who was doing research on Egyptian labor unions was last seen on January 25, date of the fifth anniversary of the Egyptian 2011 revolution which overthrew the country’s autocratic ruler Hosni Mubarak. The day was marked by strong security forces presence across the city in a bid to thwart demonstrations calling for the overthrow of current president al-Sisi disavowed by many Egyptians.

Rome claims the student was murdered by Egyptian security forces but Cairo flatly rejects the accusations.

In the Wednesday statement, Cairo did not specify what kind of counter-reactions it will take but indicated that they would “affect bilateral, regional and international cooperation between Italy and Egypt.”

That would include a review of ongoing cooperation in combatting illegal immigration in the Mediterranean and dealing with the situation in Libya, reports say.