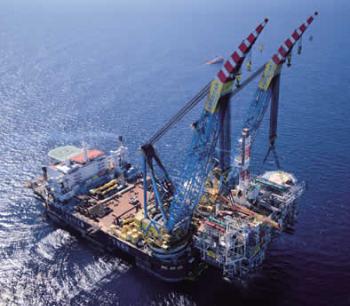 Under the contracts, estimated at above €1.5 billion, the company will install a 26-inch gas export trunkline and 14-inch and 8-inch service trunklines, as well as EPCI work for the field development in deep water (up to 1700 meters) of 6 wells and the installation of the umbilical system, the company reports.

The contracts were awarded by Petrobel; a joint venture between ENI and EGPC (Egyptian General Petroleum Corporation). The work to start in July is expected to wind up by the end of 2017.

Italian energy giant ENI last year in August discovered the Zohr gas field; estimated by the company as the largest gas field in the Mediterranean.

Egypt counts a lot on the field to reduce its dependence on gas and oil imports. According to ENI, Egypt could become one of the world’s leading gas producers and exporters.