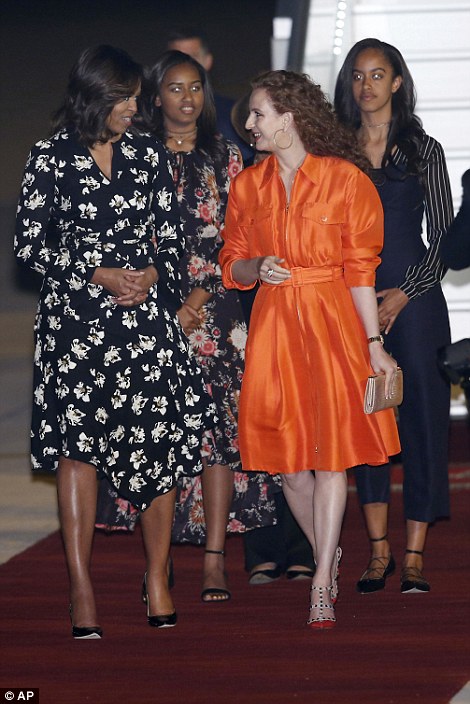 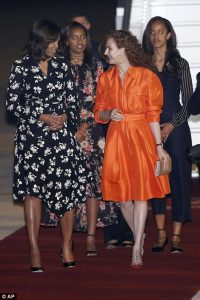 U.S. first Lady Michelle Obama is visiting Morocco to promote education for girls in the North African Kingdom, one of Washington’s major allies in the region.

Michelle Obama, who is accompanied by her two daughters, Sasha and Malia, was greeted by Princess Lalla Salma upon her arrival in Marrakech Monday night.

She spearheads “Let Girls Learn” campaign, a U.S. government initiative seeking to ensure adolescent girls get the education they deserve.

During her Moroccan trip, Obama took part in a conversation with adolescent Moroccan girls moderated by CNN’s Isha Sesay. In the discussion, participants tackled the challenges many girls in the region face in pursuing their education.

Around the world, girls face complex physical, cultural, and financial barriers in accessing education. As a girl grows older, the fight to get an education becomes even harder. Her family must be willing to pay school fees. She may have a long, unsafe walk to school. She may be forced to marry. And she often lacks the support she needs to learn.

On the sidelines of Michelle Obama’s visit, the White House unveiled on Tuesday that the Millennium Challenge Corporation, a foreign-aid agency, will earmark nearly $100 million in funding to create a new model for secondary education.

The money will serve to fund mentoring programs, internships, and afterschool clubs, upgrade bathrooms for girls and training for teachers.

The White House also announced that the USAID will donate $400,000 to a local NGO to establish, by the next school year, five new girls’ dorms (known as “Dar Talibas”) to provide housing and support for rural girls to continue their education. Michelle Obama’s visit to Morocco is part of an African tour focusing on education for girls. The tour took her to Cape Verde and Liberia.

After her trip in Marrakesh, Michelle Obama is expected in Madrid on Wednesday to highlight new commitments to support Let Girls Learn.

At the United State of Women Summit held on June 14 in Washington, Michelle Obama announced more than $20 Million in new commitments to the Initiative.