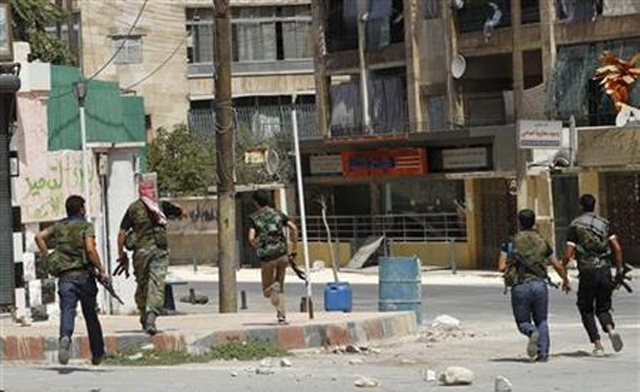 The Islamic State (IS) is on the verge of being divided into two after the New Syria Army (NSA,) a rebel faction, forced it out of the Hamdan airbase located near the strategic city of Al-Bukamal.

The city is just a few kilometers away from the Iraqi border and served as a key transit point for militants and logistics of the extremist group between the two countries. IS had controlled the city since 2014 but the offensive of the NSA on Tuesday with the support of the U.S-led airstrike campaign eased the recapturing of the city early Wednesday morning.

A rebel commander of the Asala wa-al-Tanmiya Front said “clashes are inside the (town) and matters are not yet settled.” IS often leaves behind booby-trap explosives and snipers when it withdraws from occupied areas.

The fall of al-Bukamal and the capture of the Hamdan airbase will be a big boost to the NSA formed 18 months ago but a shock to the militants of the IS as they continue to lose ground in Syria and Iraq. The border city practically erased the Iraqi-Syrian border of territories under IS because it links areas of eastern Syria to Iraq’s Anbar province easing the movement of its troops.

The caliphate established by the Islamic State in 2014 could be obliged to dissolve its existence as Fallujah, one of their major bastions after Mosul, was declared fully liberated by the Iraqi army on Sunday. Mosul is the group’s headquarters and most of its leaders are believed to be camped there.