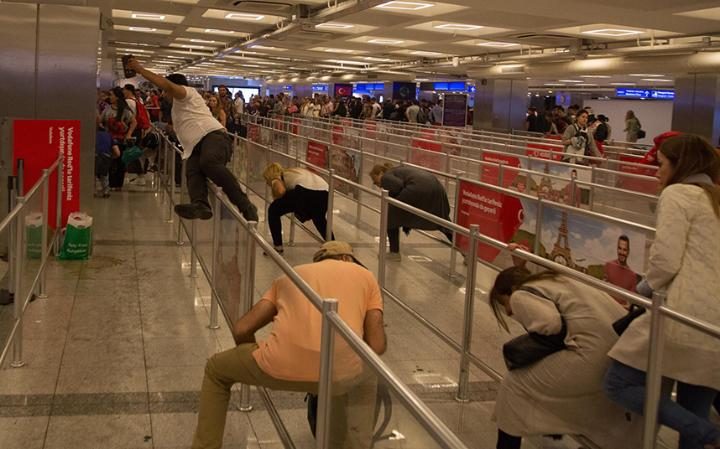 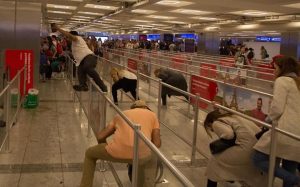 Explosions and gunfire rocked Turkey’s busy Ataturk airport in Istanbul late Tuesday, leaving 41 people dead and more than 147 injured. There are fears that the death toll would increase.

Prime Minister Binali Yildirim said the government believes that it was the deed of the Islamic State. The attack is the fifth major attack on the city alone and President Erdogan said “despite paying a heavy price, Turkey has the power, determination and capacity to continue the fight against terrorism until the end.” Nevertheless, “we urge the world, especially Western countries, to take a firm stand against terrorism.”

No group has claimed responsibility but bomb and suicide attacks in Turkey have been claimed by either Kurdish militants or the Islamic State group. Ankara is fighting both groups and has intensified its military operations against them.

Erdogan insisted on uniting forces in fighting terrorism as he stated that “unless we come together as all countries and as all people, and fight the terrorists together, all possibilities that we can’t even dare think of right now will come true.” He said, “the bombs that went off in Istanbul today could have gone off in any city in the world, in any airport” before adding “I want everyone to understand that, to the terrorists, there is no difference between Istanbul and London, Ankara and Berlin, Izmir and Chicago.”

The Atartuk airport is the eleventh biggest in the world and handles more than 60 million passengers each year. The attack could affect its role as a hub for travelers and commerce as well as Turkey’s increasing image as a touristic destination.

Prime Minister Yildirim said there was “no security lapse at the airport.” Two of the attackers were shot as they approached a checkpoint at the airport and the third bomber detonated his explosives in a nearby parking lot, a Turkish official stated.

Traffic has resumed at the airport Wednesday morning.