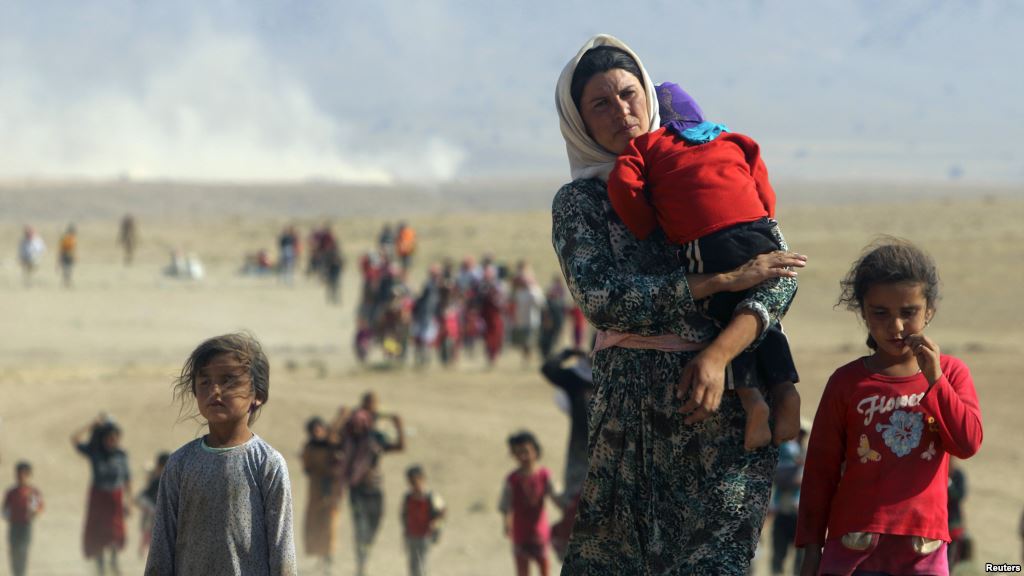 The report titled “They Came to Destroy: ISIS Crimes against the Yazidis” focuses on violations committed against Yazidis inside Syria, where the investigation commission found that thousands of women and girls are still being held captive and abused, often as slaves.

“Genocide has occurred and is ongoing,” Paulo Sérgio Pinheiro, Chair of the Independent International Commission of Inquiry on Syria, emphasized.

“ISIS has subjected every Yazidi woman, child or man that it has captured to the most horrific of atrocities,” he said in a press statement issued by the Office of the UN High Commissioner for Human Rights (OHCHR.)

The Commission also examined how the terrorist group forcibly transferred Yazidis into Syria after launching its attacks on northern Iraq’s Sinjar region on 3 August 2014. The information that was collected documents evidence of intent and criminal liability of ISIS’s military commanders, fighters, religious and ideological leaders, wherever they are located, the Commission said.

“ISIS has sought to erase the Yazidis through killings; sexual slavery, enslavement, torture and inhuman and degrading treatment and forcible transfer causing serious bodily and mental harm,” the report says.

The document also notes “the infliction of conditions of life that bring about a slow death; the imposition of measures to prevent Yazidi children from being born, including forced conversion of adults, the separation of Yazidi men and women, and mental trauma.”

The report also denounces the transfer of Yazidi children from their own families and placing them with ISIS fighters, “thereby cutting them off from beliefs and practices of their own religious community,” the report states.