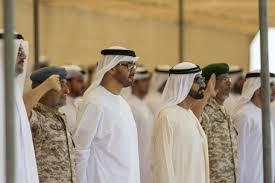 The lecturer who criticized Iranian influence for fueling sectarian divisions in the region and “exporting chaos,” said “war was never the choice but it was the only solution after exhausting all other outcomes.”
After he applauded the efforts and accomplishments of the UAE Armed Forces in Yemen, part of the Saudi-led coalition, he said the coalition had clear goals that resulted in more achievable victories when compared with other conflicts in Iraq and Afghanistan.
The majority of Yemeni land is now under the control of the legitimate government, he said adding that although the UAE would help to rebuild Yemen, and ultimately, “building Yemen is the role of the Yemenis».