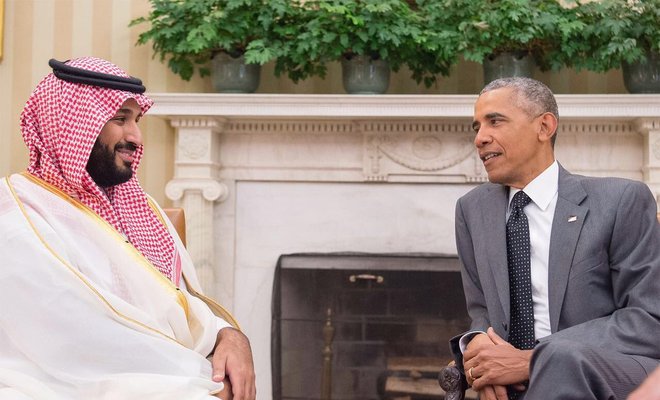 Washington has underscored its desire to be a key partner in helping Saudi Arabia implement its economic reform program that it deemed “ambitious”.

This came in the meeting Deputy Crown Prince Mohammed bin Salman bin Abdulaziz, the Second Deputy Premier and Minister of Defense, who currently on a visit to the United States, held with the U.S. National Economic Council.

“The United States and Saudi Arabia intend to build on these conversations in the coming months, consistent with the strong partnership between our countries and the mutual benefit in further deepening our economic ties,” it adds.

The Deputy Crown Prince, who started his visit to Washington on Monday, met with several other U.S. officials, including Secretary of State John Kerry and Secretary of Defense Ashton Carter.

Talks with Kerry reviewed the strong and enduring relationship between the United States and Saudi Arabia and discussed a broad range of regional issues, including Yemen, Syria, Libya, and countering terrorism. They also discussed the Kingdom’s plans to transform its economy through its National Transformation Program.

The two men expressed their shared commitment to continue their cooperation in combatting the spread of violent extremism, both regionally and internationally.

The meeting with Ashton Carter discussed means to promote the military relations and cooperation existing between the two countries. It also reviewed latest regional developments, mainly in the Middle East, and endeavors exerted to combat terrorism and other issues of common interest.