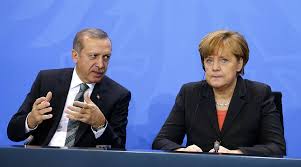 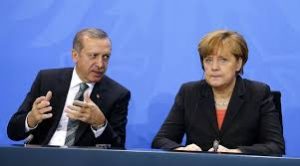 As the German Bundestag prepares to vote a resolution recognizing the 1915 massacre of around 1.5 million Armenians as “genocide” committed by the Ottoman forces during World War I, President Erdogan called Chancellor Angela Merkel to alert her of the consequences of such a decision.

The nonbinding draft resolution states that Germany, an ally of the Ottoman Empire at the time, “bears partial responsibility for the events” that transpired and notes that “the fate of the Armenians is exemplary in the history of mass exterminations, ethnic cleansing, deportations and yes, genocide, which marked the 20th century in such a terrible way.”

Erdogan warned that “if Germany fell in this trap, it would damage our future diplomatic, economic, political, commercial and military relations.” He said he is concerned about the resolution and urged for “common sense” from Germany. The draft is being supported by the Greens party, the Christian Democrats (CDU) of Chancellor Angela Merkel and the Social Democrats (SPD.)

Germany’s Foreign Minister Frank-Walter Steinmeier said it would be “unwise to jeopardize from the outside” the dialogue between the Turks and the Armenians on the issue that took place in 1915 while the newly appointed Turkish Prime minister Binali Yildirim said it is a “laughable” draft and Germany’s Turkish community was concerned by the Bundestag’s “baseless and unfair” action. The draft was to be voted last year.

Armenia’s president, Serzh Sargsyan, said the Bundestag should not be “intimidated” stressing that changing the word ‘genocide’ “just because that makes the head of state of another country angry” would be unfair.

More than 20 countries have recognized the massacres as genocide but Yildrim argues that “those incidents were the norm under the conditions of World War I in 1915, and could have happened in any society and in any country.”