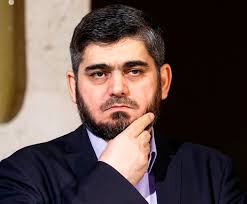 Chief Negotiator Mohammed Alloush of the High Negotiations Committee (HNC,) a Syrian opposition coalition, twitted on Sunday that he was resigning.

“The three rounds of talks (with President Assad’s government) were unsuccessful because of the stubbornness of the regime and its continued bombardments and aggressions towards the Syrian people,” he added in his tweet.

Speaking to Al Jazeera later, he mentioned among the reasons that also led to his decision the failure of the peace talks to “stop the bloodshed of our people” and “to secure the release of thousands of detainees or to push Syria towards a political transition without al-Assad and his criminal gang.”

Alloush who said he fears that the stalemate could continue called on the international community “to put serious pressure on Russia and Assad to stop the killing of our people.”

Alloush is a member of the Jaish al-Islam faction in Syria. It is still unclear how his decision will affect the Riyadh-based HNC even though there is no date for another round of negotiations with Damascus.

Speculations have been surging that more departures could follow with reports that another senior member of the coalition warned that he may follow Alloush’s footsteps.

HNC has positioned itself as a major opposition group in the talks but its influence in the talks could be weathered in case of mass resignation of senior officers.

Talks are not progressing as Damascus maintains its rigid stance against the opposition’s proposal of a post-war Syria with the definite exclusion of President Assad.

UN special envoy for Syria, Staffan de Mistura, had told the UN Security Council in a briefing last week that he intends to hold another round of talks “as soon as feasible.” This may be from the second week of June onwards.