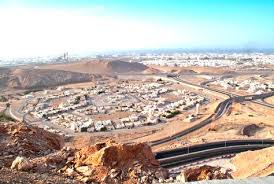 Oman and China have signed a multibillion dollar investment agreement providing for the setting up of an industrial park in Duqm.

Under the deal, around 11.75 square kilometers will be leased to Chinese investors, who are expected to inject around $10 billion worth of investments by 2022. Chinese investors will be responsible for building the infrastructure of the industrial park.

According to Chairman of Oman Wanfang, Ali Shah, the Chinese-owned company that will manage investments at the industrial park, the Chinese companies that will be investing in the park “are coming to Oman under the umbrella of one company.” From the Duqm industrial park, investors are hoping to cover the markets of South Asia, West Asia, Middle East and Africa, Ali Shah said.

The agreement is also part of China’s plans to revive the Silk belt trade, which will facilitate exchanges between Asian and Middle Eastern countries by land and by sea.

The project is expected to be completed in a decade and create more than 12,000 job opportunities with 10% reserved for Omanis.

Yahya al-Jabri, chairman of the Omani state authority developing Duqm, said the agreement “reflects the investment environment in the country and global interest enjoyed by the Sultanate.”

Oman is trying to to diversify its economy heavily dependent on hydrocarbons. The industrial park will have an oil refinery, a cement plant, a pipe making factory, an automobile assembly and a 1-gigawatt solar power generation facility.

Over the past few years, China has worked towards boosting its presence in the Middle East as the US, which used to be the main powerhouse and ally of the region, shifts more of its attention towards the Pacific; more especially China’s neighboring countries.