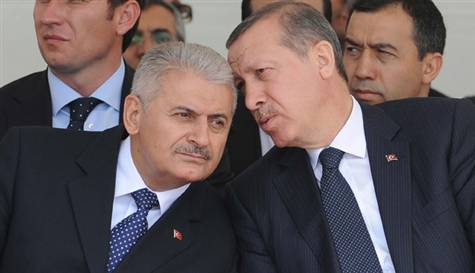 President Erdogan could freeze the migration agreement reached with the EU because of “double standards,” stated Yigit Bulut; an adviser to the Turkish president.

The issue of human rights has been a dividing issue between Ankara and the European Union as well as demands for Turkey to improve its legislation in relation to freedom of speech, fair judicial practice and minority rights protection.

Bulut said “Turkey can suspend the execution of its agreements with the European Union, including the customs union, if the European Union continues its policy of double standards in its talks with Ankara.” His statements came after Erdogan alleged that the EU is delaying the implementation of the visa-free policy for Turkish citizens while easing it for some Latin American countries.

President Erdogan can have his way to it as Turkey’s new Prime Minister Binali Yildirim vowed allegiance to him. He plans to make him an executive president by amending the constitution in order to “legalize the de facto situation” and “bring to an end this confusion” of ceremonial and executive presidential system. He hinted that the president’s wishes would be executed as he hailed him as “a man of purpose, a man of the people, a tireless defender of the great Turkey.”

In a message to the international community especially those against Turkey’s military actions against the Kurds, Yildirim said the “anti-terror operations will end when all our citizens are safe. Operations will continue without pause until the bloody-handed terrorist organization PKK ends its armed actions.”

The division between Ankara and Brussels is expected to increase and there are doubts that the agreement will be implemented as agreed upon. The European Parliament will vote on the visa-free policy in June.