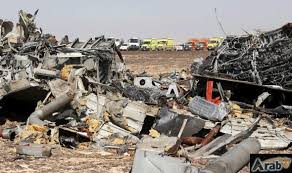 A pilot and an instructor have been killed when their plane crashed during a training flight over the UAE, the General Command of the UAE Armed Forces said on Sunday.

“The accident resulted in the death of the crew consisting of a pilot and an instructor and authorities are conducting investigations to determine the cause of the accident,” said a statement published by official news agency Wam.

The statement did not give any further details on the location of the crash, the type of aircraft nor when the crash happened.

Since 2010, 12 military and Air Force pilots and crew have been killed in either training missions or accidents, according to public statements released by GHQ.

Another two died during combat operations in Yemen in March this year.

Public records show that since 2011, three Dassault Mirage 2000-9s have been lost. One aircraft was lost in combat in March, one during a training mission in 2011 and the third in 2012 due to a crewmember accident.

Another fighter jet was lost in April 2011 in Italy during a base transfer operation. An Air Force F-16 Block 60 crash-landed and was destroyed. However, the pilot saved himself when he ejected.

The UAE military have been exerting more efforts to develop their standard of health and safety and have sent many officers to acquire internationally recognized certifications to implement standards and training for crew and pilots, and to develop an indigenous health and safety culture.