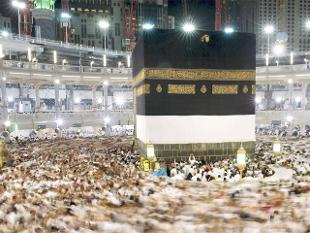 Iran’s Cultural and Islamic guidance minister Ali Jannati stated that Iranians would not be able to perform the annual Islamic pilgrimage because “the arrangements have not been put together and it’s now too late.”

The absence of Iranian pilgrims for this year’s annual hajj, to be held in September, is due to the two sides’ failure to reach an agreement on arrangements after four days of talks held in Saudi Arabia in April.

Minister Jannati blamed the Saudis of sabotage, claiming that their attitude at the talks was “cold and inappropriate.” One of the factors that they fail to agree on is the issuance of visas considering that Riyadh closed its embassy in Iran after it was ransacked by angry mobs protesting against the execution of top Shia cleric Sheikh Nimr al-Nimr on terror charges.

The Iranian minister claimed that Saudi officials demanded that Iranian pilgrims must travel to another country to make their visa applications, rather than applying at the Swiss embassy in Tehran, which has been overseeing Saudi interests since the closure of their embassy. Jannati also said the transport and security proposals made by the Saudis were not accepted.

Riyadh has not made any comments.

The Hajj feud between Riyadh and Tehran began last year after a stampede led to the death of more than 2,000 pilgrims amongst which were 464 Iranians.