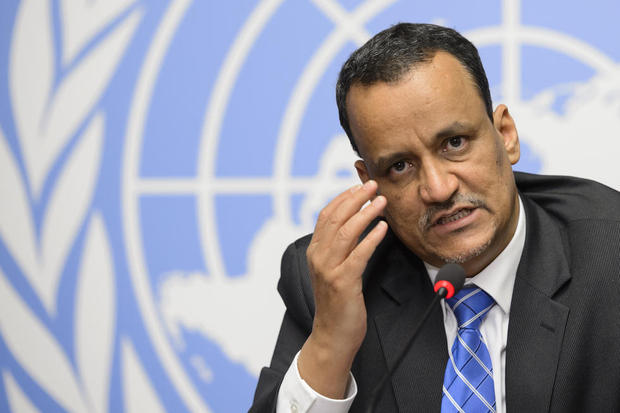 Despite the challenges facing the Yemeni peace talks, UN Special Envoy Ismail Ould Cheikh Ahmed said he is “pleased by the seriousness demonstrated by both parties” as parallel talks between them continue with hopes that an agreement to release 50% of prisoners held on both sides could be reached before Ramadan which begins early next month.

Talks also touched on creating a favorable political environment for the resumption of State institutions and political process as well as the handing over of weapons and withdrawals from territories.

Special Envoy Ismail said the peace talks are based on the Gulf Cooperation Council Initiative and Implementation Mechanism, the National Dialogue Outcomes and relevant UN Security Council resolutions. He called for support during “this critical phase” so that “collaboration” between the warring parties “leads to real peace” after more than a year of fighting.

However, the spokesman of the Saudi-led coalition Brigadier General Ahmed Asiri said they support the talks but warned that they will launch fresh attacks if it fails. “Today we have troops around the capital and we will get in because the goal” is freeing Sana’a and shall the talks fail, “Sana’a will be free soon.” “We cannot leave Yemen in a gray area,” Asiri stressed, arguing that “having Yemen as a failed state in not a benefit to anyone.”

UN Secretary General’s spokesperson Stephane Dujarric said conflict is still ongoing in some part of the country but the majority continues to respect the ceasefire.