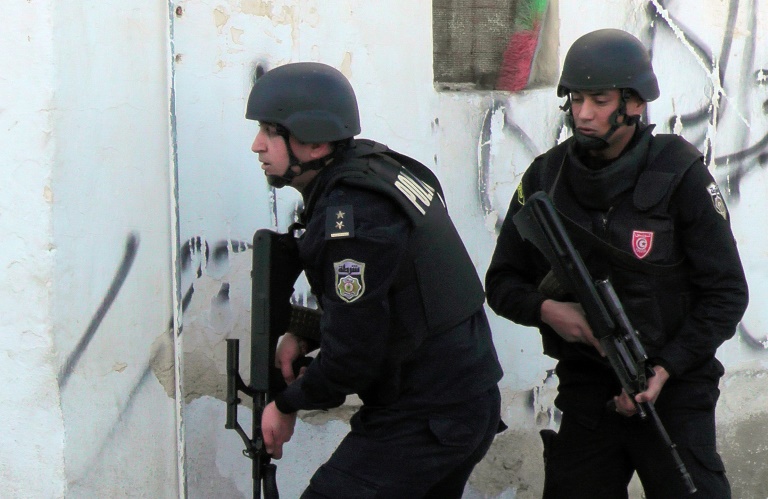 A statement from the Interior ministry said police officers raided sites located in Ettadamen and Tataouine after they received intelligence indicating that terrorists from different parts of the country were gathered there before heading to the capital to execute their plans. Their targets are believed to be within Tunis.

The raid was carried out by a National Guard unit in Ettadamen, a town close to the capital. Two suspected militants were killed.

Information gathered during the operation is believed to have led to the second raid, which took place in the southern town of Tataouine. During that operation, one suspect was killed and four police officers died after one of the terrorists detonated his suicide-bomb belt. A total of sixteen suspects have been arrested in the raids. Rifles, grenades and ammunitions were also seized.

Tunisia tightened security measures after last year deadly attacks that targeted tourist resorts and security officers. The attacks crippled economy and almost brought the tourism sector to a standstill. Most operators in the sector have suspended their activities in the country until further notice.

The government is concerned about the return of its citizens who have gone to fight on the sidelines of extremist groups. Authorities estimate that more than 4000 Tunisians have joined the ranks of Islamist groups in Iraq and Syria and some have returned to training camps in neighboring Libya. To limit the crossing of terrorists into the country, Tunisia dug a trench and built a wall along its border with Libya.

Although the crackdown on terrorism in the country is intensive with security forces successfully repelling attacks and countering bomb explosions, insecurity continues to be a major challenge.