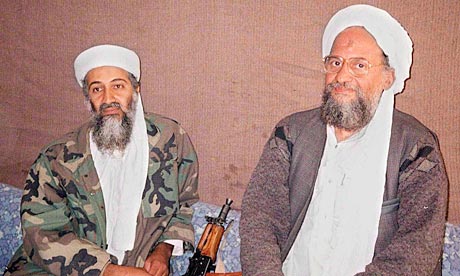 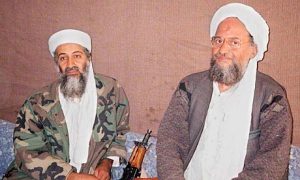 Al-Qaeda network’s leader Ayman al-Zawahiri has called on its Syrian affiliate Al-Nusra Front to continue fighting for the establishment of an Islamic State in Syria.

In a new audio tape, believed to have been released by al-Qaeda, al-Zawahiri urged the Islamist groups saying “we have to want the unity of the Mujahideen in Sham (Syria) so it will be liberated from the Russians and Western crusaders. My brothers … the matter of unity is a matter of life or death for you.”

In the around 10 minute long audio message, Zawahiri said it is the duty of all Muslims to defend jihad against the different conspiracies led by Western countries before attacking groups not affiliated to al-Qaeda of “counterfeit” because they claim to “establish a regime” based on Islam with “secularism” and “nationalism.” Those remarks are seemingly directed at the Islamic State and Muslim states with Islamic inspired laws.

The al-Qaeda leader revealed plans to establish an Islamic state in Syria and reminded the “brave and blessed mujahideen” that if “they establish their Muslim government and choose an imam, then what they choose is what we choose.” He said the group’s mission will be accomplished when it establishes an Islamic emirate because fighters loyal to al-Qaeda are not “students of power” who want to rule over others but instead “students of sharia judgment” who want to be “ruled as Muslims” under Islam by “a rightly guided mujahid Islamic government” which would lead a “return to the caliphate” according to the “prophetic methodology.”

Al-Qaeda will be counting on the “precious al-Nusra Front” to make its dream a reality in a post-Assad era in Syria. Meanwhile, the group continues to fight against the pro-Assad forces backed by Russia, Iran and Hezbollah. Some rebel groups are also attacking al-Nusra militants as well as militants of the Islamic State. Al-Qaeda’s aspirations could continue to be far-fetched because the group is losing ground in Syria.