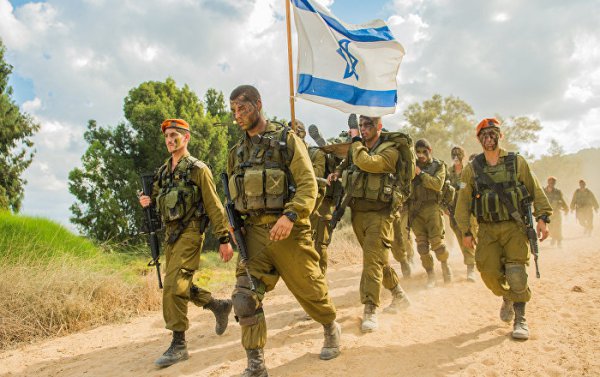 Calm has returned to the Gaza Strip after Israel’s air force bombarded the area for three consecutive days, from Wednesday to Friday.

The shelling started after Hamas was accused of launching mortars onto Jewish territory “against forces during operational defensive activities adjacent to the security fence with the Gaza Strip.”

The airstrikes were not as deadly as they used to be with one Palestinian woman reported dead. Israel claimed that it targeted “Hamas terror infrastructure” but eye witnesses said the bombs landed in open areas east of Khan Yunis, Southern Gaza Strip and fired shells struck eastern Rafah.

Both Hamas and Israel voiced concerns over a new round of hostilities. Hamas spokesperson Sami Abu Zuhri stressed collateral responsibilities in that case but stressed that Israel’s crimes would not “break the spirit of the Palestinian people.” Meanwhile, the Islamic Jihad movement warned that targeting civilians and bombing Gaza would “push the resistance to reciprocate.”

Israeli army spokesperson Peter Lerner said “repeated attacks against the IDF activities to locate and destroy cross borer tunnels will not be tolerated” and urged Hamas to end its “diabolical plan to infiltrate Israeli communities.”

Israel discovered a tunnel this week, the second since the 2014 hostilities, and Prime Minister Netanyahu said such searching operations will continue “as long as necessary” and “no resources or efforts” will be spared before adding that “we are not looking for an escalation, but we will not be deterred from doing what is necessary to maintain security.”

The relative peace between Hamas and Israel is still fragile and the Hamas deputy leader Ismail Haniyeh warned that they “will not allow incursions or imposing facts on the ground by Israel in Gaza.”

Security cooperation between Palestinian Authorities and Israel is also at risk after Amin Maqboul, secretary of Fatah’s revolutionary council, said the Palestine Liberation Organization has decided to “end all aspects of security coordination with Israel” adding that it is “very serious this time.” Their cooperation has helped to foil attacks and make arrests. Maqboul admitted that “relations between both sides are so complicated that halting coordination may lead to a serious crisis.”