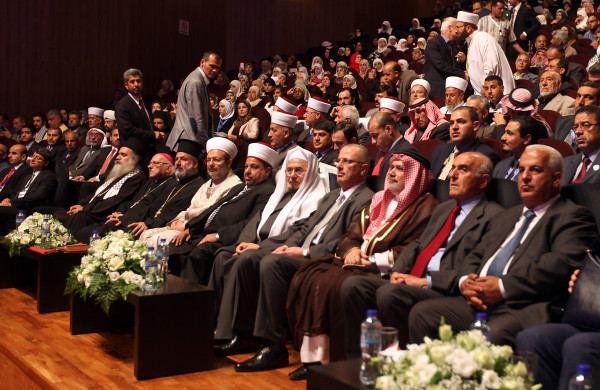 An International conference on Al Quds, organized by the UN Committee on the Exercise of the Inalienable Rights of the Palestinian People, in cooperation with the Organization of Islamic Cooperation (OIC,) was held in Dakar May 3-4 with the participation of officials and delegates of several countries including Morocco.

“Al Quds at the heart of a peaceful settlement of the Palestinian issue” was central theme chosen for the two-day conference.

King Mohammed VI of Morocco is chairman of Al-Quds Committee, an OIC body dedicated to defending the Holy city, its Islamic sites and legacy and Moroccans of all walks of life and of all political obedience grant great importance to the issue of Al Quds.

The conference was opportunity for international, African and Palestinian leaders and experts to review the current situation of the occupied eastern Al Quds and identify ways to boost international support to ensure the holy city’s protection and development.

It was convened in a delicate regional and international juncture marked by stalled peace process due to the intransigence of Israel which has been systematically violating Palestinian rights in the occupied territories. Israeli authorities are also carrying out plans to undermine the cultural, archaeological and religious features of the city of Al-Quds – particularly the holy Al-Aqsa Mosque – in blatant violation of international legitimacy resolutions and the provisions of international law.

According to experts, the illegal Israeli practices designed to alter the status of Jerusalem, such as excavations, settlements, the confiscation of land and property, in addition to other practices aimed at the judaization of the Holy City are undermining efforts to reach a settlement based on a two-State solution.

Such practices serve only interests of extremists, putting the region’s security and stability at great risk as they continue to fuel tensions and exacerbate violence.

The Dakar conference called on the international community and the world’s influential powers to take decisive action to compel Israel to put an end to its expansionist policies and to its hostile practices seeking to impose new facts on the ground and unilaterally re-shaping the future of Al-Quds.