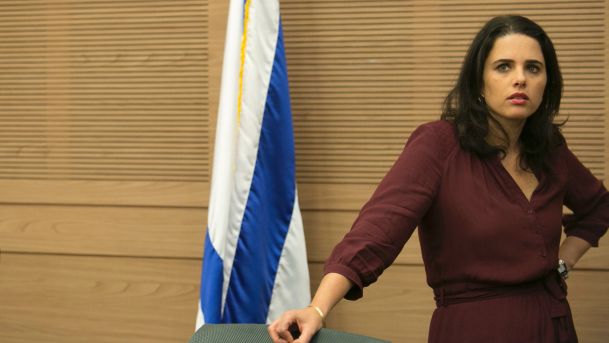 Israeli Justice Minister Ayelet Shaked wants Israeli laws to be implemented in the West Bank as she announced that “conditions need to be equal” explaining that “it is my goal to equalize conditions within one year, either by a GOC (General Officer Commanding) decree or through legislation.”

Shaked who is from the right-wing Jewish Home party stressed the need to revive the Norms Bill first introduced in 2014 which provides Jewish settlers in the occupied territories with the same legal rights as citizens in mainland Israel.

It is unclear if Prime Minister Netanyahu will support the plan but some Israeli political leaders have already rejected the proposal saying it would affect peace efforts and the image of Israel internationally. They say approving the plan will be equal to annexation.

Meretz chairwoman Zehava Galon said the minister “continues to fan the flames and pour oil on the fire” and would “sabotage any chance of a political agreement.”

Work has already begun to push forward the plan as Shaked revealed at a conference in Jerusalem she was attending that a special committee together with the defense ministry has been established. She argued that “there are basic laws that do not apply in Judea and Samaria,” biblical names of the West Bank, before adding that applying them will “make the process more orderly.”

The West Bank has been under Israel’s control since the 1967 war but Palestinians have always insisted that any peace agreement would include the recognition of the pre-war borders.

Qatar has been quick to reject Shaked’s announcement as it condemned and denounced the imposition of Israeli laws on Palestinian territories occupied by the Jewish State.