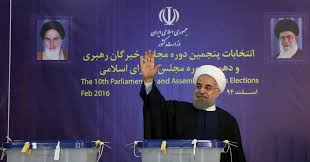 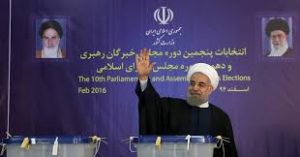 Iran’s parliament will be dominated by reformists for the first time since 2004 after winning 36 of the 68 seats, with four yet to be declared, in the second round of parliamentary elections held in constituencies where candidates failed to win the required 25% in the first round.

The parliament has 290 seats. Reformists and moderate politicians allied with President Rouhani now account for 131 and the conservatives 124 with the remainder held by the independents.

Farshad Ghorbanpour, a political analyst close to the government, downplayed the expectations saying people should “expect a parliament with a slightly friendlier tone, but also many political crises.”

Some of the candidates that won in the second round received support from both the reformists and conservatives which highlights the lack of rigid political affiliations.

Despite having the majority in parliament but falling short of an absolute majority, the members of parliament elected as independent candidates have the balance of power and play a decisive role during voting. It must also be noted that religious leaders in Iran can exercise legislative veto powers. A Political analyst close to the country’s conservative clerics Hamidreza Taraghi said decision making “will be more complicated” and would be characterized by “intense” discussions. The independent candidates could side with the views of the clerics considering that lack of party system and all factions having to support the ideology of the Islamic republic.
Nevertheless, Rouhani’s aspiration to boost Iran’s presence on the international stage is expected to be enhanced by the new parliament especially in encouraging economic reforms, foreign investment and foreign policies meant to polish the image of a nation that has been shadowed by controversies over the last decades.