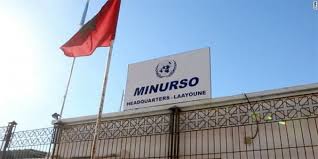 The UN Security Council extended, on Friday, the mandate of MINURSO for one year until April 30, 2017, and reaffirmed the preeminence of the Morocco-proposed autonomy initiative in the Sahara, describing as “serious and credible” Morocco’s efforts to push forward the process to solve the Sahara conflict.

In its resolution n°2285, adopted by the majority of the council members with three abstentions and two votes against, the UN Security Council takes note of the proposition submitted by Morocco to the UN on April 11, 2007, and of the serious and credible efforts made by Morocco seeking to make headway with the process of finding a solution to the conflict.

Morocco has welcomed the resolution for it reiterates the fundamental parameters of the political solution defined by the Security Council since 2004.

“This resolution reaffirms the parameters of the political solution, as defined by the Security Council since 2004 and clarified, in operational terms, in 2007,” said the Moroccan Foreign Ministry in a statement released after the vote of the resolution.

The Foreign Ministry deemed that the resolution constitutes “a “scathing setback for all the maneuvers of the UN Secretariat General.” By maneuvers, it alluded to attempts to revive the obsolete option of a referendum, to expand the MINURSO prerogatives to human rights monitoring as suggested in 2013 and 2014 and the bias of the UN Secretary General as evidenced during his visit to Algeria early March.

The Foreign Ministry also welcomed the fact that the Security Council resolution extends the MINURSO mandate without making any change to its status or prerogatives and reaffirms all the previous resolutions which call for a negotiated political solution, making no mention of a referendum.

The MINURSO will work as it did in recent years, taking into account the developments of the issue, the Foreign Ministry said, adding that “the Security Council has thus ruled on all the attempts to change the MINURSO mandate and expand it to missions not agreed upon and to tasks alien to its purpose.”

“It is in the context of this renewed mandate that the resolution calls for the full functionality of MINURSO,” the Foreign Ministry said, adding that “Morocco will continue dialog, in full compliance with the decisions it made, to reach a solution package likely to mitigate the serious missteps made by the UN Secretary General during his visit to the region, and to guarantee the proper functioning of the MINURSO, mainly regarding its core tasks consisting in monitoring the cease-fire and in demining the buffer zone to the east of the defense wall.”

The Friday resolution insists on the importance of parties’ commitment to continue the talks process under the UN aegis.

In this respect, the UNSC reiterates its call upon the parties and the neighboring states to cooperate more fully with the United Nations and with each other and to strengthen their involvement to end the current impasse and to achieve progress towards a political solution.

The Council also reiterates for the fifth consecutive year its call for an identification and census of the populations in the Tindouf camps, in south-western Algeria. Algeria has actually been refusing to allow the UN concerned agencies to conduct the census for over 40 years.

On the other hand, the UNSC recalls its endorsement of the recommendation in the report of 14 April 2008 that realism and a spirit of compromise by the parties are essential to achieve progress in negotiations.

The Council calls upon the parties to continue to show political will and work in an atmosphere propitious for dialogue in order to enter into a more intensive and substantive phase of negotiations.