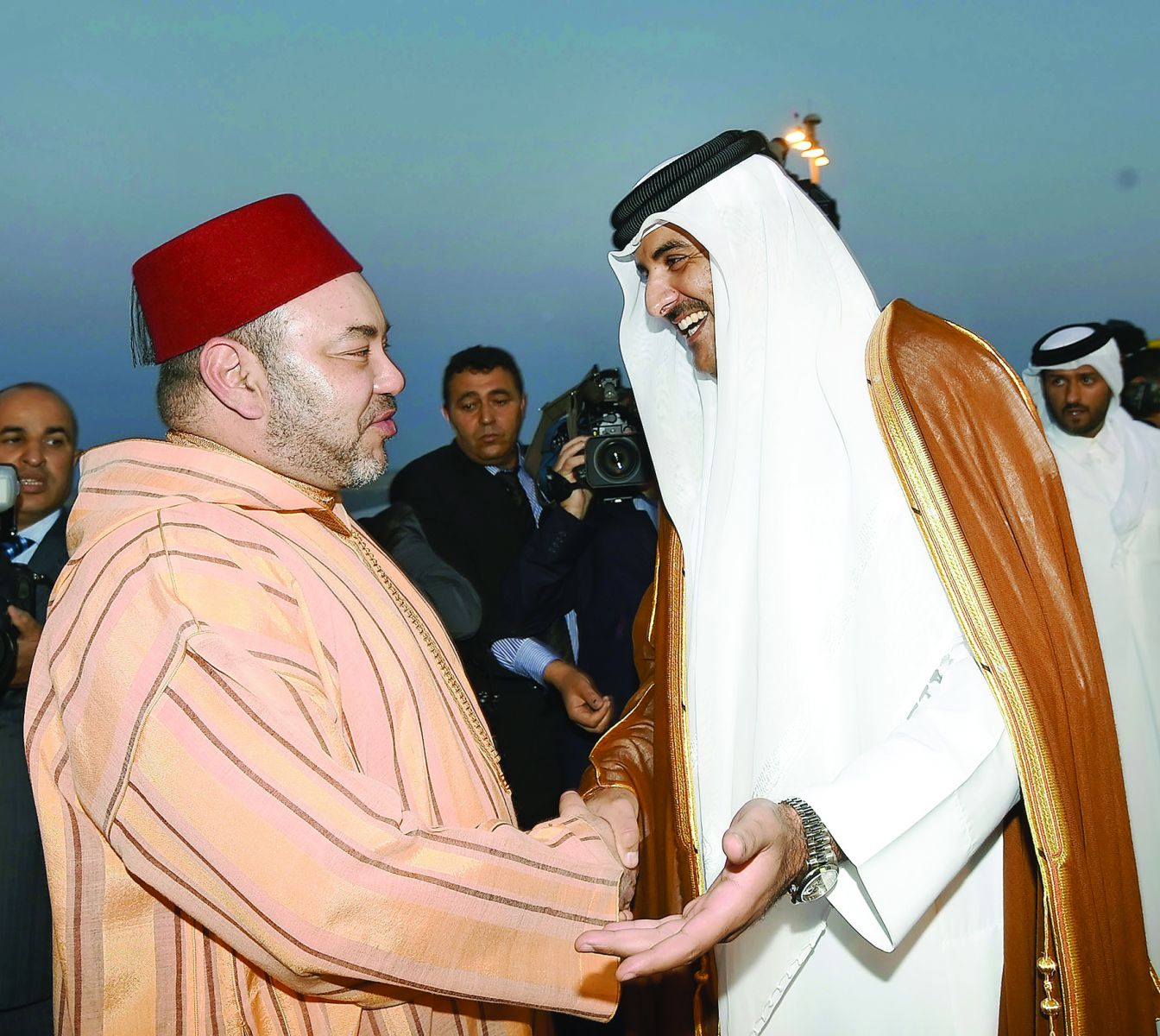 Morocco and Qatar, bound by a long-lasting friendship, are both resolved to bolster their strategic partnership and enhance their mutually beneficial cooperation.

This shared resolve was renewed by King Mohammed VI and Emir Sheikh Tamim bin Hamad Al –Thani at a meeting they held Thursday in Doha, shortly after the Moroccan King’s arrival on a friendly and working visit to Qatar.

The two leaders reviewed bilateral relations between the two brotherly countries and ways of enhancing cooperation at various levels.

The talks also dealt with a number of issues of common interest, particularly the developments in the region, including the situation in Palestine, Syria and Yemen.

Moroccan-Qatari strategic alliance is not only political but is also characterized by evolving economic and investment relations as evidenced by the participation of several Qatari businessmen and groups, such as Diar Investment Company, in Morocco’s development projects, mainly in tourism and real estate.

Morocco and Qatar are linked since 1975 by a number of agreements and cooperation protocols, which helped give new impetus to their economic, trade and cultural relations over the years.

Trade between the two countries increased significantly from 517 million dirhams in 2010 to 681 million dirhams in 2014, recording an annual increase of 21%, due mainly to Qatar’s growing imports of Moroccan products, primarily food products and furniture. Morocco’s imports from the Gulf country are mainly made up of aluminum and plastic products.

The Moroccan King’s visit to Qatar is part of a tour he is undertaking in several Arab Gulf States, following the first Morocco-GCC summit held in Riyadh, on April 20.

The summit, described by some analysts as an epic summit, was an opportunity to seal the strategic partnership biding Morocco and the GCC member States, namely Bahrain, Kuwait, Oman, Qatar, Saudi Arabia and the United Arab emirates.

Although Morocco is located at the farthest end of the Arab world, on the Atlantic coast, the King’s Arab-oriented diplomacy and his friendship and close ties with the leaders of the oil-rich monarchies of the Gulf prompted the GCC members to invite Morocco to join their council. Besides, the joint statement released at the end of the Riyadh summit stressed that the GCC and Morocco have a common destiny and both face the dangers of terrorism and partitions threatening the Arab region.

The Summit also expressed a clear support to Morocco regarding the Sahara issue and to the autonomy initiative it presented as the basis for any solution to this artificial regional dispute. They have thus expressed their total ejection “of any act that may affect Moroccan supreme interests, on top of which the Moroccan Sahara issue,” the joint statement had said.