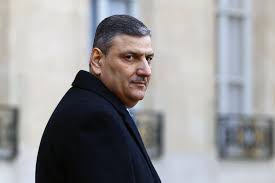 Members of the main coalition of Syrian opposition groups, the High Negotiations Committee (HNC,) are departing from Geneva where the third round of talks is ongoing in protest against the escalating violence in Syria where market places in rebel-held areas where bombed killing dozens of people.

HNC Coordinator Riyad Hijab said all members of the group would leave by Friday but some will remain for technical discussions on humanitarian issues and detainees.

“There is no truce on the ground because there’s no accountability,” Hijab lamented. He underlined the need to have international observers on the ground and accused Russia of arming Assad’s forces. He called on the supporters of the coalition to arm them because it would help to maintain the truce and a balance of power.

UN special envoy Staffan de Mistura who is spearheading the talks confirmed the suspension of “formal participation” by the HNC.

The head of the Syrian negotiating team, Bashar Jaafari, said they will continue to take part in the talks and “our mandate in Geneva stops at forming a national unity government.” The Syrian negotiating team is not authorized to discuss constitutional amendments, address parliamentary elections or address the fate of the presidency, Jaafari said.

A key issue for the opposition is the ultimate departure of Assad from power.

Assad’s biggest ally, Moscow, slammed the position of the HNC. Its foreign minister Sergei Lavrov at a joint press conference with his French counterpart, Jean-Marc Ayrault, described the HNC as a “capricious member of the process.”

He said the talks are not frozen because De Mistura is “continuing his shuttle diplomacy with those who are not trying to put forward ultimatums and conditions.” He said talks will continue with other opposition groups not part of the coalition.