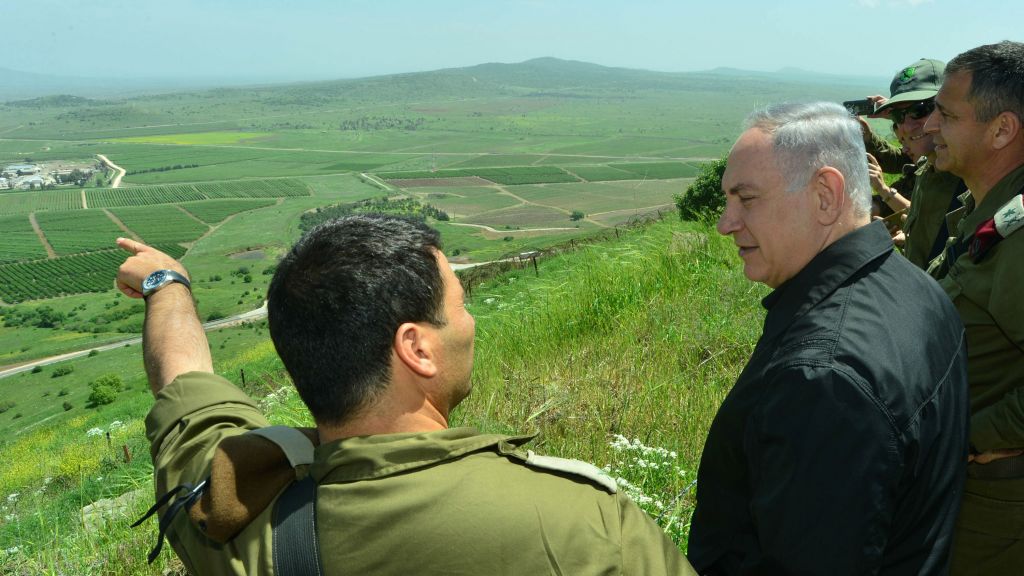 Prime Minister Netanyahu has stated Sunday during a weekly cabinet meeting that the Golan Heights seized from Syria during the 1967 war known as the Six-Day War will never be returned.

This week’s cabinet meeting was held in Golan and Netanyahu said he choose to have “this festive cabinet meeting” there in a bid to “send a clear message: the Golan Heights will forever remain in Israeli hands.”

A statement from the Syrian government in reaction to Israeli prime minister’s remarks vowed that “the Israeli occupation entity made its settlers promises that will fall flat on the first test when faced by the heroism of our homeland defenders.” It also termed Netanyahu’s government as “racist.”

Around 20,000 settlers are living in the Golan Heights in more than 30 Jewish settlements.

Netanyahu stressed that “whatever is beyond the border, the boundary itself will not change” as he underlined that Israel’s security will be prioritized. According to the Prime Minister, he already told US Secretary of State John Kerry that Tel Aviv does “not oppose a diplomatic settlement” in the Syrian war that does “not come at the expense of the security of the state of Israel.”