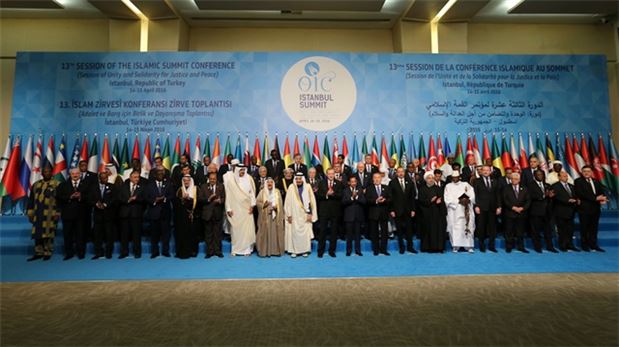 King Mohammed VI of Morocco has urged the member countries of the Organization of Islamic Cooperation, which boast more than a billion Muslims, to seize every available opportunity to achieve complementarity and to expand South-South cooperation in order to enhance Muslim countries’ productivity and strengthen their economies.

In an address to the 13th Summit of the Organization of the Islamic Cooperation (OIC) held in Istanbul, Turkey, King Mohammed VI said that the strength of the Muslim bloc, “an almost global bloc, will be commensurate with our ability to seize every available opportunity to achieve complementarity.”

“It will also depend on how much we benefit from the lessons of our history and from experiences lived by other blocs that have reached advanced levels of integration and joint construction,” he stated in the speech that was read out on his behalf by his Foreign Minister.

The King also urged for boosting and expanding South-South cooperation -based on trust, realism and shared interests – among member states, mainly through extensive exchange of experiences.” He said this “will enable us to develop our relations and promote solidarity between our societies, at all levels, with a view to enhancing our productivity and strengthening our economies, in order to ensure decent living conditions and prosperity for our peoples.”

King Mohammed VI has made of the promotion of South-South cooperation the spearhead of Morocco’s strategy and has strived since coming to power to materialize this strategy on the ground, especially at the level of the African continent.

The Moroccan King who hailed the results of the OIC last ten-year plan, which contributed to doubling trade between member states, expressed hope that the upcoming comprehensive plan of action, to be adopted during this 13th Summit, will more than double inter-Islamic trade.
“Any measures this meeting may call for in order to develop our economic blocs will be highly appreciated, with the prospect of creating an Islamic free-trade zone,” he pointed out, adding that such a zone “will embody the spirit of solidarity and pave the way for a model of sustainable development based on and aimed at human development, which I called for during the Dakar Summit.”